Why humans stand on giant shoulders, but chimps and monkeys don’t 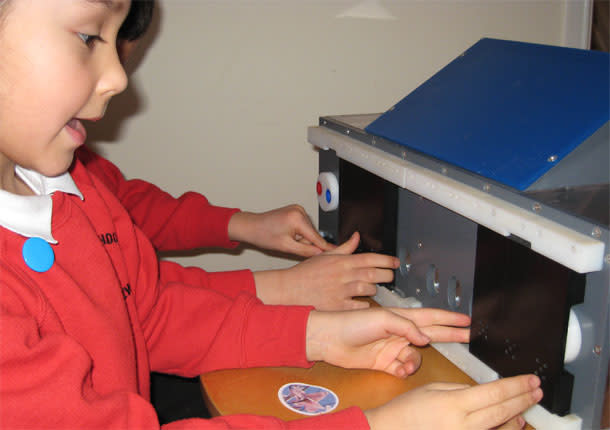 We are like dwarves standing on the shoulders of giants. This metaphor, famously used by Isaac Newton, describes how humans build on what has come before. Everything in our culture is the result of knowledge and skills that have slowly accumulated over time. Without this “cumulative culture”, we wouldn’t have our deep scientific knowledge, rich artistic traditions, or sophisticated technology. Simply put, you can’t make a car from scratch – first, you need to invent the wheel. Are we alone in this respect? Certainly, many other animals can learn knowledge and skills from each other, and many of them have cultural traditions. But Newton’s metaphor involves not just the spread of knowledge, but its gradual improvement. We build on the past, rather than just passing it along. As generations tick by, our culture becomes more complex. Do other species show the same ‘cultural ratchet’? Lewis Dean from the University of St Andrews tried to answer that question by presenting human children, chimpanzees and capuchin monkeys with the same task: a puzzle box with three, increasingly difficult stages, each one building on the last. If you slide a door on the box, you reveal a tube with a carrot - nutritious enough for a chimp or monkey, but low on the list of preferred foods. If you push two buttons, you can slide the door further to reveal an apple – a more desirable snack. Finally, you can twist a dial to slide the door ever further to unveil a grape – the ultimate in taste treats. (For children, the tubes contained increasingly attractive stickers.)

All three species tackled the puzzle box in groups, and because there were two sets of doors, rewards, buttons and dials, two individuals could work at the puzzle simultaneously. Dean found that fewer than 10 per cent of the chimps managed to find the apple after 30 hours, and only one of them got the grape. The capuchins did even worse – after 53 hours, just 5 per cent got the apple, and none of them found the grape. Even when Dean partnered the chimps with a veteran animal that had been trained to solve all three levels, they didn’t benefit. The children had no such problems. After less than three hours, just over half of them had managed stage 2, and just under half had solved stage 3. Dean thinks that the children succeeded where the other animals failed because of several social traits, including their tendency to teach, imitate, share with, and talk to each other. All of these traits are found in other animals, but to a lesser extent. That difference of degree came through in the puzzle-box experiment. The children taught each other something about the puzzle box on 23 occasions (“Push that button”). They spoke to each other regularly. They were the only species to imitate each other more often than not. And they spontaneously gave the stickers they earned to their peers on 215 occasions. And the more they learned, spoke, imitated, and shared, the better they did with the puzzle box. In stark contrast, the chimps and capuchins never taught each other. How could Dean tell? Well, none of them explicitly referenced a part of the box to their peers. They rarely called to each other and when they did, they didn’t even attract their peers to the box, let alone help them to solve it. They tried their own thing more often than imitating each other. When the chimps aped their peers, they only ever did so in the first stage of the puzzle. And never once did they hand over the food that they had earned. Other scientists have put forward other explanations for cumulative culture in humans that have nothing to do with our social side. For example, some have suggested that other animals steal from each other more often, adhere to stricter pecking orders, or behave more conservatively. All of these traits could prevent them from gradually building their knowledge. But Dean found no evidence in his study to support any of these ideas. To him, the children succeeded because they saw the box as a social exercise, working together to solve it. It was the means that mattered to them, not the ends. The other species failed because they saw the box as a way to get food for themselves, independently of their peers. Dean says that cumulative culture depends on “a package of social cognitive capabilities” that are either “absent or impoverished in chimpanzees and capuchins”. Other scientists have looked for evidence of cumulative culture in chimps and failed to find it. But this is the first study to compare how three different species deal with the same task. Victoria Horner from Emory University, who studies the mental abilities of different species, was impressed by Dean’s study. But she points out that the children worked for stickers, while the others worked for food. “Chimps are naturally competitive over food. If they had received stickers or food tokens, would they behave the same way or be more tolerant like the children?” she wonders. “In contrast, if the children were working for candy, would they be so easy-going?” Horner also says that the study doesn’t mean that chimps and capuchins don’t have cumulative cultures. Chimps certainly have the right elements in place. “They are able to imitate and behave prosocially, and there is suggestive evidence for teaching in nut-cracking,” says Horner. It just takes them longer to invent a new behaviour, and more goes to demonstrate that behaviour to others. She adds, “If cumulative culture does exist in other species, it is extremely rare. Humans are much better at [it] but I don’t think the data support the conclusion that cumulative culture is totally absent in chimpanzees.” Reference: Dean, Kendal, Schapiro, Thierry & Laland. 2012. Identification of the Social and Cognitive Processes Underlying Human Cumulative Culture. Science http://dx.doi.org/10.1126/science.1213969Photo by Gillian Ruth BRown