Why Do So Many Humans Hate Wolves?

The relationship between wolves and humans is — and always has been — informed as much by myth and superstition as by facts. 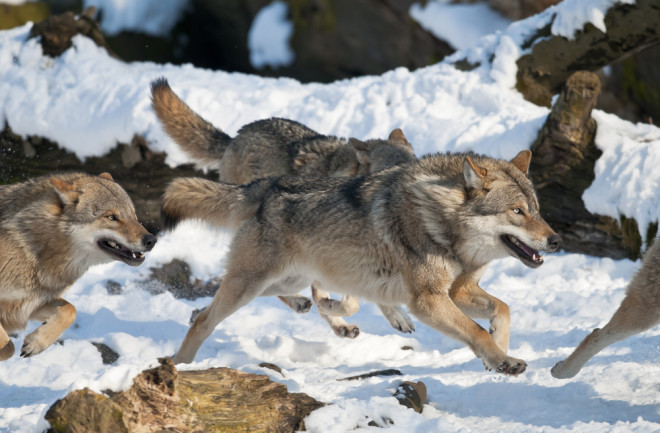 In 2021, after determining that numbers of Canis lupus — the gray wolf — had recovered sufficiently, the US Fish and Wildlife Service (USFWS) removed the species from list of endangered species list in the contiguous states, ending 45 years of federal protection and returning management of wolves to the states and tribes. The wolves had already been de-listed in some individual states.

Several environmental groups, such as Center for Biological Diversity and Sierra Club, are challenging the decision in court, arguing that the ruling was not based on science, that the species is far from recovered, de-listing would increase its risk of extinction, and the decision itself is in violation of the Endangered Species Act.

Meanwhile, the practical results are clear: Wolves are being slaughtered. In Wyoming, where wolves were de-listed in 2017, wolves are classified as “shoot on sight” vermin, no hunting license required. A recent Idaho law allowed the killing of 90 percent of the state’s wolves. In February, in the state’s first wolf hunt, Wisconsin hunters blew past their quota, killing 100 more wolves than the law allowed. “Wolves were being killed by hunters traveling in caravans of trucks with their dogs, just letting out pack after pack of dogs. It was a pure slaughter,” says Amaroq Weiss, Senior West Coast Wolf Advocate at the Center for Biological Diversity. Local laws, while varying from state to state, place few restrictions on how ranchers and hunters can kill wolves. In Idaho, for example, hunters are allowed to use lights and night vision equipment, chase wolves down on snowmobiles, and shoot them from helicopters.

This activity is extreme, but not surprising. Settlers began gleefully torturing and killing wolves almost as soon as Europeans first set foot on the continent. In his 2004 book Vicious: Wolves and Men in America, historian Jon T. Coleman describes stomach-churning cruelty inflicted on wolves over the centuries. “Wolves not only perished in great numbers throughout American history,” he writes, “but they died in some of the most atrocious ways imaginable.” For example, farmers dug pit traps. Once the wolves were captured, they immobilized the animals by slicing their hamstrings. When the wolves were no longer able to flee or defend themselves, the farmers turned dogs on them.

The history of enmity between humans and wolves can be explained, at least in part. Colonists, settling in unfamiliar land, depended on their livestock for survival. When wolves preyed on cattle or sheep or pigs, they threatened more than the animals; they threatened the farmers’ chances of surviving the winter, their ability to provide for their families. The fight was personal. Today, many ranchers still feel their livelihoods are threatened by wolves.

That may explain the desire to kill the animals, but it doesn’t explain the cruelty. Something much deeper — and stranger — than predator control is going on in the relationship between wolves and humans. Why do humans not just kill wolves, but kill them in such ghastly ways? “Quite honestly, I don't think it has a whole lot to do with wolves,” Coleman says. “Wolves are incredibly powerful, symbolic animals.”

In earlier times, wolves may have symbolized a continent to be colonized, a harsh and unforgiving environment with innumerable ways to kill unwary settlers. In addition, a great deal of cultural and moral baggage was attached to wolves. In werewolf tales, wolves represented suppressed violence in humans. Wolves were often sexualized as well. In Vicious, Coleman writes that young women who had lost their virginity were once said to have “seen the wolf.”

Wolves are still symbols, though today the symbolism is different. Weiss points out that many of those who oppose protection for wolves are opposed to any government intervention in their lives. “They don't want state laws telling them what they can and can't do, so they view the Endangered Species Act as being very intrusive into their way of life,” she says. “The wolf has become a surrogate for their hatred of federal government intervention.”

Times have changed, though. Decades of scientific research have shown wolves to be highly social animals that form strong family bonds, with all members of the pack helping care for the young. Wolves can be good for the ecosystems they inhabit and even can limit the spread of diseases among deer. Though the threat to livestock is still the main reason cited for their extermination, we now know that wolves pose less danger to livestock than bad weather, birthing problems and illnesses, especially respiratory illnesses. According to the most recent USDA report, predators account for less than 10 percent of livestock losses, and wolves are responsible for only 4.9 percent of that small amount. Domestic dogs kill twice as much livestock as wolves. Most Americans support protections for wolves. Yet as soon as the protections are removed, the firepower comes out.

When humans look at wolves, they may see a beautiful apex predator that plays a key role in maintaining its ecosystem. They may see an animal with strong social bonds that passes on culture as well as genes to its young. But they’re just as likely, even after all these years, to see a grinning villain wearing grandma’s nightgown and bonnet.