Why Do Mosquitoes Love Biting Some People More Than Others?

Mosquitos are an annoyance to all — but some people seem to attract them far more than others. 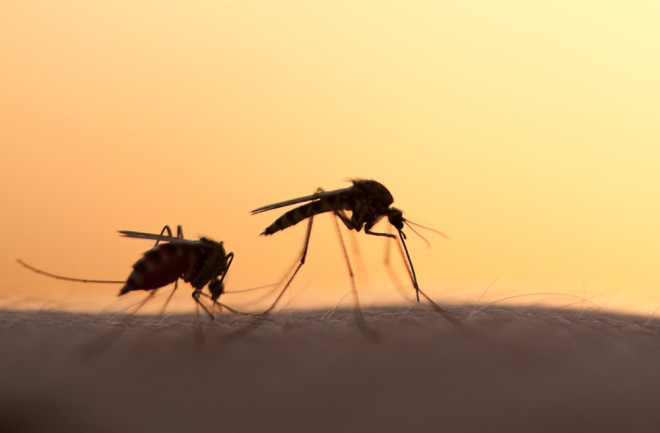 As I slept unaware beneath the stars one night in early July, what I can only assume to be a legion of mosquitoes declared war against my forehead.

I’ve been a mosquito magnet as long as I can remember, so I should have foreseen the itchy misery they would deliver upon my face. I offered them an exposed patch of flesh, they took it. Eight times. But my two companions — who by all outward appearances should have made equally suitable morsels — awoke unscathed.

“Why me?” I asked my swollen, red reflection in the morning. As I learned soon after, the tiny, winged hellhounds’ blood bias probably wasn’t random. Some people seem to be super-appetizing to mosquitoes (next time you meet one, make sure to thank them for their sacrifice). But the specifics of that attraction are far from straightforward.

“It’s a very complicated process for the mosquitoes, no question about it,” says Joe Conlon, a medical entomologist and technical advisor with the American Mosquito Control Association. “There’s a great many things that are involved in attracting them.”

It starts with sight. From a distance, mosquitos latch onto movement and dark colors, likely because they contrast with static, lighter surroundings. So stow your black and blue shirts for the summer and learn to be less fidgety, because beyond here you’re mostly at the mercy of your inescapable genetics.

As a mosquito buzzes toward a potential victim, its nose takes over — or, rather, its maxillary palp, an organ with receptors that help it home in on carbon dioxide from as far as 150 feet away. “They follow a CO2 trail like a shark follows a blood trail,” Conlon says. “They kind of zigzag along it.” And since we all emit the gas when we breathe, they’ve got us pretty well cornered on this front.

But some are more vulnerable than others. Large people and pregnant women (fitting, considering female mosquitoes only take our blood to produce eggs) generally have higher metabolic rates, which means more carbon dioxide output to lure in the bugs. Exercise has the same effect.

Besides CO2, the human body exudes somewhere in the realm of 400 other compounds, many of which mosquitos can also sense. As Conlon puts it, “some of them are attractive and some are repellant,” and it’s virtually impossible to determine which combinations signal the best meal.

“Everybody’s excretory cocktail is going to be different,” says William Kern, Jr., associate professor of entomology and nematology at the University of Florida’s Fort Lauderdale Research and Education Center. “So the compounds you excrete through your skin and breath are different.”

Scientists have pinpointed some scents that mosquitoes seem to find irresistible, though, and unfortunately we have little control over them. People who have the bad luck to produce excess amounts of lactic acid, uric acid and ammonia, for example, are walking delicacies.

Some of the alluring aromas come from sweat, and one study indicates that alcohol might play a role in attracting mosquitos as well. A beer on the porch after your evening run might very well be an “Open for Biting” sign.

Skin bacteria also play a large role in body odor, and studies have shown that different species of mosquito are more attracted to different parts of the body. Some opt for the head and shoulders, perhaps because of the higher carbon dioxide concentration, while others prefer feet and ankles. One researcher found that Aedes aegypti, a common tropical disease vector, has a taste for his dirty socks.

Learning to Live With Pests

Regardless, with about 175 species in the U.S., there’s probably a mosquito for every inch of your body. And as with any phenomenon people are desperate to avoid, there’s plenty of folklore around how to ward off mosquitoes. Sadly, most of it is unfounded. There’s little evidence that eschewing bananas will save you, and likewise for gorging yourself on garlic, popping vitamin B12 and carrying dryer sheets in your pocket.

“These are very seductive concepts,” Conlon says, “but unfortunately in nature they just don’t work that way.”

If you’re plagued by the pests, your best bet is to switch to lighter clothing and dowse yourself in DEET (Conlon recommends a 30 percent solution) or stay inside when they’re most active at dawn and dusk.

On the opposite end of the spectrum, you could embrace the proboscis. Some anecdotal evidence suggests that people who spend much of their lives outdoors getting stung have little physical reaction to the bites. Kern, Jr. said he has met older members of the Seminole tribe with this good fortune, and Conlon recalled the same of indigenous peoples in Suriname from his days as a Navy entomologist.

“The natives down in the bush were getting chewed up,” he said. “Didn’t bother them a bit, but it drove me crazy.”