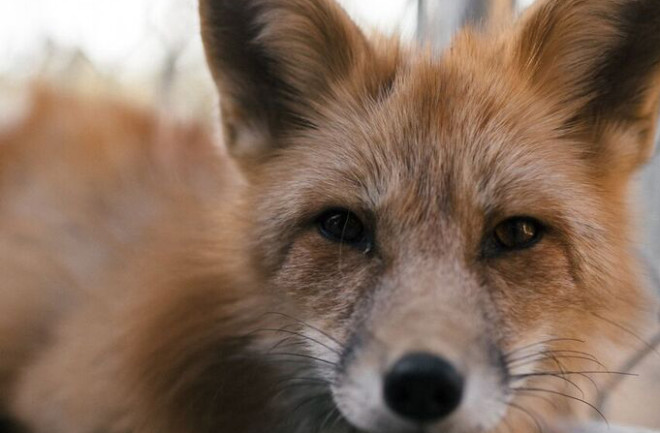 For 60 years, scientists have bred a group of foxes to be either tame, or aggressive. A new study into the animals' genes hints at a genetic basis for behavior in both foxes, as well as dogs and humans. (Credit: Kingston Photography for the JAB Canid Education and Conservation Center) Over the course of more than a half-century, a Russian science experiment successfully bred the world's first domesticated fox. Now, by sequencing the fox genome and comparing tame foxes with their wilder kin, researchers are shedding light on the genetic effects of domestication — and perhaps on the evolution of human behavior as well. More than 10,000 years ago, and possibly as much as 40,000 years ago, humans domesticated a number of wolves into dogs. For more than a century, foxes were also successfully bred in captivity, but these captive foxes were generally skittish toward humans. However, over the course of nearly 60 years, researchers bred foxes to be either friendly or aggressive. On a farm in Novosibirsk in Siberia, Russian geneticist Dmitry Belyaev started a project that selectively bred hundreds of foxes over more than 40 generations, mating the friendliest foxes together, the most hostile foxes with each other, and keeping another group that were not bred for any specific behavior. His aim, and those of his successors after he died in 1985, was to recreate the process by which ancient humans domesticated wolves into dogs.

The results included the world's first domesticated foxes. "They do not just allow humans to pet them, but actively solicit human contact and enjoy it," says behavioral geneticist Anna Kukekova at the University of Illinois at Urbana-Champaign. "It is very touching." Now Kukekova and her colleagues have fully sequenced the fox genome using samples from all three groups on the Siberian farm. By comparing the genomes of 30 foxes from the farm — 10 tame, 10 aggressive and 10 conventionally bred — they identified 103 genetic regions that breeding has influenced. The scientists found 45 breeding-influenced regions in the fox genome that also had undergone evolutionary changes in dogs. They even saw one breeding-influenced region that was associated with Williams-Beuren syndrome in humans, a genetic disorder characterized by extremely outgoing, friendly behavior. Oddly, the Williams-Beuren region was affected in aggressive foxes, instead of tame ones as the researchers expected, underscoring how the need for more research before these genetic changes are understood, Kukekova says. Kukekova and her colleagues also found that fox breeding influenced 13 genes associated with autism spectrum disorder and 13 genes associated with bipolar disorder. Moreover, they found tame foxes had a version of a gene known as SorCS1 that was not seen in aggressive foxes. This gene influences the synapses that lie between neurons. "The SorCS1 gene highlighted in our study has not been known to be involved in social behavior, so we think that the fox can help to identify novel behavior genes," Kukekova says. The scientists detailed their findings online August 6 in the journal Nature Ecology & Evolution.