Who needs sex when you have gene conversion? 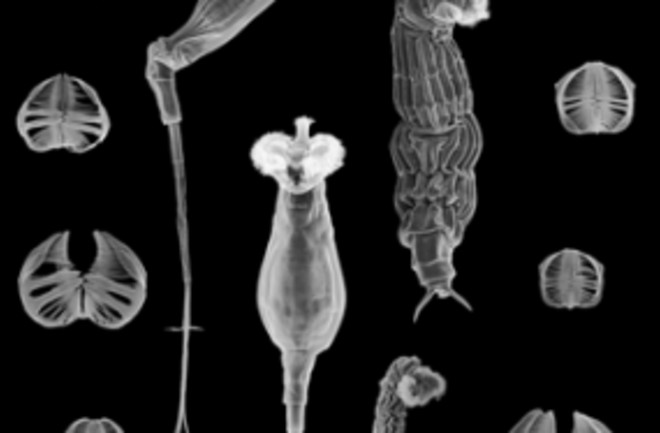 Credit: Gross, Liza. "Who Needs Sex (or Males) Anyway?." PLoS Biology 5.4 (2007): e99.Bdelloid rotifiers get a fair amount of attention because they seem to be a lineage of obligate asexual metazoans (Richard Dawkins discusses them extensively in The Ancestor's Tale). The fact that they don't have sex isn't that big of a deal. Bacteria do not have sex, and they're quite successful. Rather, the issue is that they don't have sex, they are complex, and, they are successful as a lineage. These do not usually go together. One of the posited explanations is that complex organisms are subject to phenomena such as Muller's Ratchet, where they begin accumulating a load of deleterious alleles. Sex, with genetic recombination, is a way to evade this process, by mixing and matching alleles. By producing offspring with more than the expected payload of deleterious alleles the lineage can slough off unfavorable mutations which might otherwise fix. Without the ability to offload bad mutations over time they build up, and eventually one presumes the lineage would be unviable. This is just one of the myriad reasons biologists give for the long term lack of success of parthenogenetic metazoan lineages. Sex is ubiquitous among metazoans despite its two-fold cost. That is an overwhelming fact against which stands the example of the bdelloids. A new letter in Nature proposes to answer the enigma of bdelloid rotifers by an analysis of their genomes. Genomic evidence for ameiotic evolution in the bdelloid rotifer Adineta vaga. From what I can gather the authors found that the genome of a bdelloid rotifer (or this species) is a total mess. The chaotic arrangement of individual copies of genes is such that proper pairing which is necessary for meoisis, the conventional precursor to sexual reproduction, can not occur. By this, I mean that there seems to be a structural barrier to sex. This goes to show that evolutionary process is not just a chemistry blind fitness optimization process. The very structure of the substrate of genetic code seems to mitigate against the reemergence of sexuality, closing off possible paths toward adaptation and fitness optimization. The adaptive landscape is most certainly not flat. So how do these rotifers remain then, knowing what we know about asexual multicellular lineages (that they are not long for this world)? The two primary answers put forth in this paper seem to be gene conversion and horizontal gene transfer (e.g., from bacteria via viruses). In the gene conversion process presumably deleterious alleles are simply reverted back to the wild state. Meanwhile, horizontal gene transfer (e.g. from bacteria) likely results in a persistent infusion of new variation into the species, which is otherwise a proliferation of clonal lineages. The two above phenomena seem to be almost banal and obvious ways in which rotifers might avoid the pitfalls of their structurally enforced asexuality. This prompts me to ask why more organisms don't exhibit this profile? Many lineages have parthenogenetic branches. But few of them become as wildly successful as bdelloid rotifers. It would be curious if other sexual metazoans were to be found with the genomic features of bdelloids. Perhaps there are lineages which manage to enter into meiosis despite the hurdles which bdelloids have circumvented. Of course for that we'll need many more "genome papers."