When the Atlantic Next Awakens 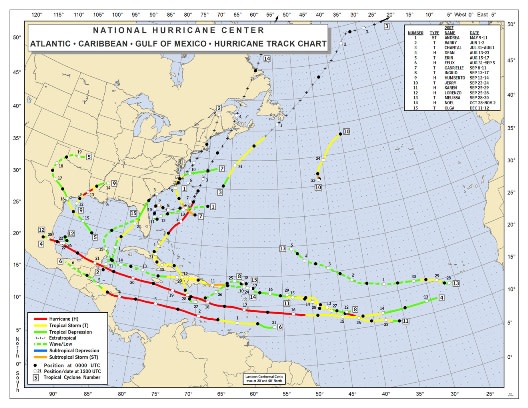 [Storm tracks, 2007 Atlantic hurricane season.] Well, it's April, and the earliest of the pre-season Atlantic hurricane forecasts have appeared. My latest Daily Green entry parses two sets of predictions that are really quite similar:

In both 2006 and 2007, the big U.S. landfall didn't happen. But we won't keep on getting lucky....and remember, there have been a staggering 8 Category 5 Atlantic hurricanes in the last 5 years. Read the full Daily Green item here.