When Mom and Dad Have Different Migratory Routes, Kids Fly Right Down the Middle 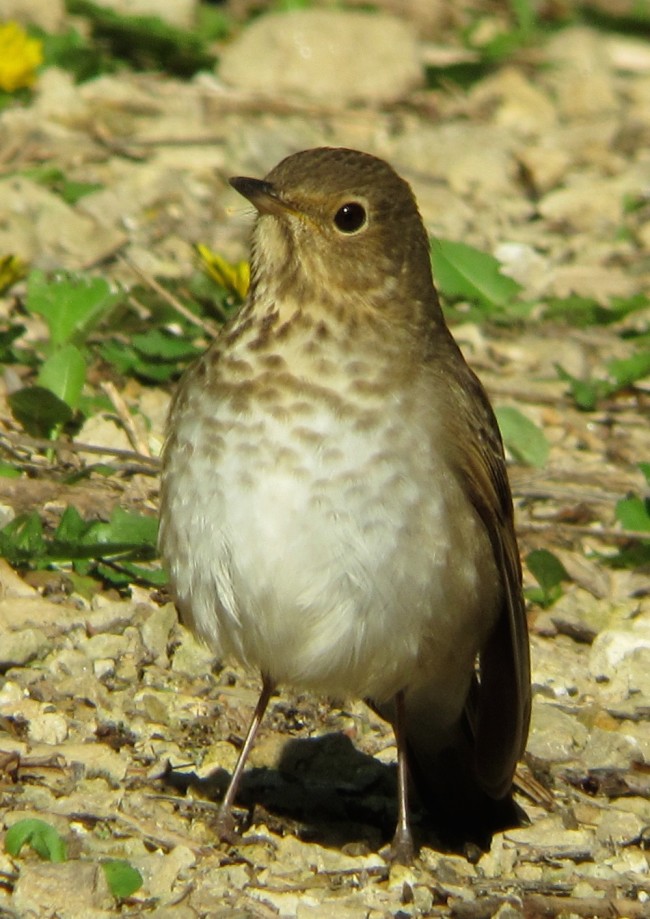 It sounds like the setup to a bad joke told by zoologists: What do you get when you cross a bird that always flies to the west with one that always flies east? But the punch line is weirder than you'd guess. Birds' migratory routes are partly coded into their DNA. A baby that inherits genes for two different routes doesn't commit to either path. Instead it bounces between them and may take a wild zigzag straight through the middle—even if that route is perilous. Laboratory tests in the past have hinted that this might be true. One study of captive warblers, for example, crossed a type that orients itself to the southwest when it's ready to migrate with a type that orients southeast. The offspring pointed themselves directly south. Kira Delmore and Darren Irwin, researchers at the University of British Columbia, wanted to put this idea to a tougher test. So they captured wild birds, attached geolocator tags to their backs, and sent the birds out into the world again. When the travelers returned, the researchers could see exactly where they'd chosen to fly. The birds Delmore and Irwin studied are Swainson's thrushes. Two subspecies, the olive-backed and russet-backed thrushes, meet up in western Canada each summer. When the weather gets colder, they migrate to Mexico and Central and South America. But they take different routes to get there. Russet-backed thrushes hug the west coast tightly. The olive-backed birds go eastward, swinging wide over the center of the United States before hanging a right and flying south over the Gulf of Mexico. Where the two subspecies' ranges overlap in Canada, they have a chance to (ahem) mingle. Delmore and Irwin trapped birds in this overlap zone and fitted them with tracking devices before releasing them. In the next year, after the birds had migrated south and north again, the scientists recaptured as many tagged birds as they could find. They ended up with recorded routes for 21 thrushes. A genetic test told them which of these birds belonged to each subspecies, and which were hybrids that had resulted from the two types mingling. The tracking devices revealed that the olive-backed birds had migrated through the middle of North America, as expected, while the russet-backed subspecies had traveled along the west coast. But the hybrids clearly flew to the beat of their own drums. They took "tremendously variable" routes, many combining legs from both parents' trips. Some birds took one parent's migratory route south and the other parent's back north. A few of the birds even flew right down the middle

between the two paths. Hybrid birds seem to follow a mixed-up set of genetic directions, with pieces inherited from both parents. But Delmore says it's still a mystery how, exactly, a bird's DNA tells it where to go. "It's believed that for their first migration, birds have genetic instructions on which direction they need to head and how long they need to fly," she says. This kind of travel is called "vector navigation." Circadian clock genes may play a role, along with light receptors in the birds' eyes. Beyond that, no one knows. "It's really an up-and-coming field," Delmore says. The in-between route taken by hybrids is an incredible trick of genetics, but it may also be a problem. The middle ground between the two subspecies' routes includes much of the dry and mountainous western United States. Some birds, at least, survived this trip and made it back to the researchers. But it was probably no picnic. Delmore thinks this might be one of the mechanisms keeping these two types of thrush separate. For animal species or subspecies to stay distinct from one other, there need to be barriers—physical or not—that stop them from interbreeding. In the case of the thrushes, one of these barriers might be the harsh terrain that hybrids fly across. Their jumbled internal maps might make these birds less likely to survive than purebreds. The researchers are now doing modeling experiments to find out whether a hybrid route really is worse. So far, Delmore says, it looks like that's true. If this had been a joke after all, the chicken would have been better off staying on its own side of the road. 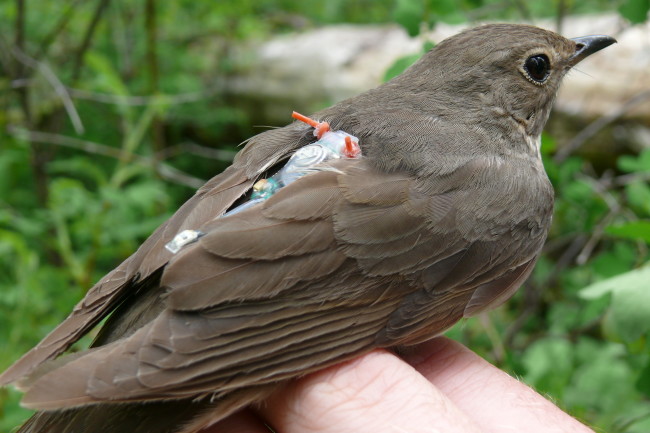