When Humans Domesticated the Turkey 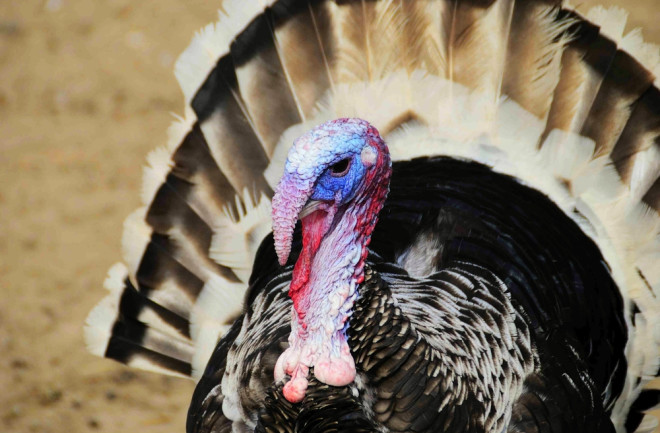 As Thanksgiving approaches we all try to remember to count our blessings, but we should also give thanks to the animal that sacrificed it all for our holiday meal — the noble turkey. Bald eagles aside, turkeys are one of the most recognizable birds native to North America, and their meaty bulk has earned them a place on tables all around the world. Turkeys have been kept for food, and for other purposes, since well before the Pilgrims touched our shores. They were likely an important food source for Native Americans — who may have done more than just hunt them.

Now, researchers from the Chicago Field Museum say that they have discovered the earliest known evidence of turkey domestication. Working at a dig site in Oaxaca, a state in southwestern Mexico, they uncovered a clutch of turkey eggs 1,500 years old, along with bones and shell fragments. The find indicates that indigenous tribes in Mexico were living together with turkeys at least as far back as the 4th or 5th century. The domestic turkeys turned up at the Mitla Fortress, a Zapotec settlement dating back to around 200 A.D. The fortress was a walled village perched on a hilltop that was part of the larger Mitla community. Looking at two adjacent residences, the researchers found bones from both juvenile and adult toms, eight unhatched eggs, multiple recently hatched chicks and at least one hen kept to lay eggs.

Writing in the Journal of Archaeological Science: Reports the researchers say finding turkey remains from several generations within a settlement provides good evidence that the Zapotec people kept and housed turkeys for use as a food source, as well as ritualistic and trading purposes. Several of the eggs and turkey remains were found buried along with human remains indicating that their presence played a larger symbolic role as well. "These are not unlike the kinds of turkeys that would have been around at the first Thanksgiving, and similar to the birds that we eat today," says Gary Feinman, an archaeologist with the Field Museum and a study co-author in a statement. To the Zapotec, turkeys were probably an important commodity.

While people in the region today eat chicken, pork and beef, their ancestors relied on turkey and dog meat for protein, and turkeys probably constituted an important part of their diet. Even today, turkeys are still used in rituals in the region and raised to eat and sell. As we offer up our baked, broiled, fried and smoked turkeys this Thursday, don't forget to reserve some thanks for the original turkey farmers.