Some birds seem to have grammatical rules in their songs. And they'll let you hear about it if you mess up. 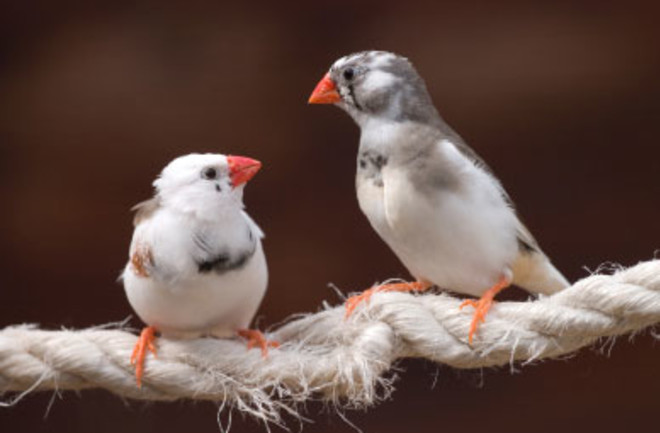 Songbirds may follow strict grammatical rules when they communicate. | iStockphoto

Language seems to set humans apart from other animals, but scientists cannot just hand monkeys and birds an interspecies SAT to determine which linguistic abilities are singularly those of Homo sapiens and which we share with other animals. In August neuroscientists Kentaro Abe and Dai Watanabe of Kyoto University announced that they had devised the next-best thing, a systematic test of birds’ grammatical prowess. The results suggest that Bengalese finches have strict rules of syntax: The order of their chirps matters. “It’s the first experiment to show that any animal has perceived the especially complex patterns that supposedly make human language unique,” says Timothy Gentner, who studies animal cognition and communication at the University of California, San Diego, and was not involved in the study.

Finches cry out whenever they hear a new tune, so Abe and Watanabe started by having individual birds listen to an unfamiliar finch’s song. At first the listeners called out in reply, but after 200 playbacks, their responses died down. Then the researchers created three remixes by changing the order of the song’s component syllables. The birds reacted indifferently to two of the revised tunes; apparently the gist of the message remained the same. But one remix elicited a burst of calls, as if the birds had detected something wrong. Abe and Watanabe concluded that the birds were reacting like grumpy middle-school English teachers to a violation of their rules of syntax.

It is unclear whether the birds consciously recognize these grammatical rules or are just responding to pattern changes. But Gentner says the experiment forces scientists to question their assumptions of humans’ linguistic superiority. “The value of studies like this one,” he says, “is that they force us to reconsider why we’re so special.”