When Did Homo Sapiens First Appear?

Determining when the first modern human emerged on the scene is tricky. 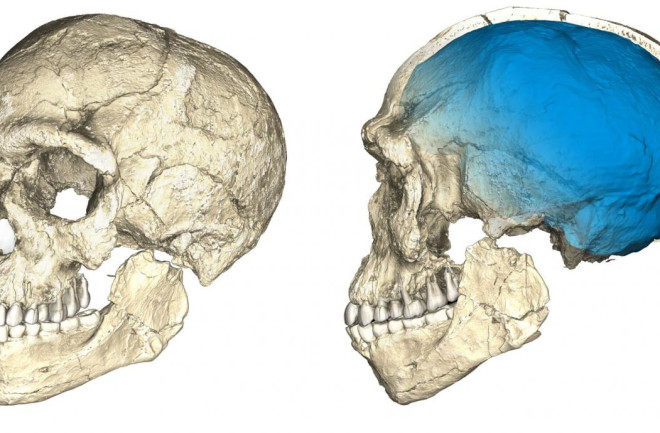 A composite reconstruction of one of the earliest known Homo sapiens fossils from a site in Jebel Irhoud, Morocco, based on micro-computed tomographic scans of multiple original fossils. (Credit: Philipp Gunz, MPI EVA Leipzig/CC-BY-SA 2.0)

The oldest Homo sapiens fossils that anthropologists have found thus far date to around 315,000 years ago. That means we can say that modern humans are at least that old. But our lineage likely extends further back in time — we just don’t have the fossils to prove it.

DNA evidence drawn from comparisons of different human genomes, as well as those of close cousins like Neanderthals and Denisovans, put the split between the three groups at at least 400,000 years ago. So it’s possible that H. sapiens is over half a million years old.

But there are some pernicious difficulties when it comes to assigning fossils to species or lineages in anthropology. It can be difficult to say when exactly a species began, because one species does not evolve into another overnight. Instead, it is a gradual process, often punctuated by interbreeding events between groups that can muddy the waters. Humans, Neanderthals and Denisovans interbred at multiple points in our history, for example.

So, saying exactly when the first H. sapiens was born is pretty much impossible. But, with more fossils finds and better DNA evidence, we’ll be able to narrow down the range of when modern humans likely appeared.