What’s the Buzz? Mosquitoes Can Hear You From 30 Feet Away 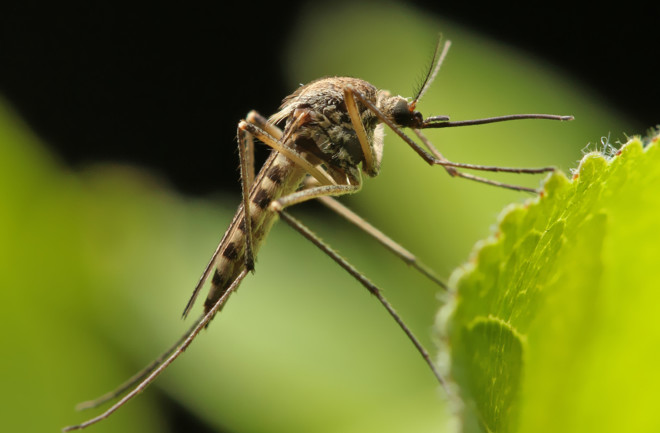 (Credit: Shutterstock) If a tree drops in the forest and no one is around to hear it, does it make a sound? Humans may never know, but mosquitoes might. Until now, it was thought that mosquitoes could only hear a few inches away, but new research shows that they can detect sound from up to 32 feet away. This surprising ability allows Aedes aegypti mosquitos to track down distant mates and even tune in to human speech. The study, published on February 7 in the journal Current Biology, also offers another surprise for scientists. Mosquitos are adept listeners even without eardrums, something previously thought necessary for long-range hearing.

Did You Hear Something?

Mosquitoes are vastly different from humans, and that includes the way they pick up sound. We detect noises with our eardrums, which sense pressure from sound waves and send signals to the brain. Mosquitoes, on the other hand, rely on their tiny antennae hairs to identify vibrations in air particles. Males use this ability to track down potential mates, catching the faint buzzing sound that females make when they fly by. For years, it was thought that their hearing was pretty weak, and that it was limited to a few inches at best. But recently, a study conducted by Cornell and Binghampton University researchers shook up this idea. To see if insects could be eavesdropping from afar, they tested the hearing of A. aegypti mosquitoes, which are known to transmit viruses like Zika, West Nile and yellow fever. The researchers placed incredibly small electrodes at the bases of their antennae, which detected vibrations in the tiny hairs and determined when mosquitoes were picking up noise. They then put them in a large, quiet room, and played audio recordings of female mosquitoes in flight. After playing it at various distances and frequencies, they found that male mosquitoes were able to hear the recording from 32 feet away — an incredible jump from previous assumptions of an inch or so.

The study also showed that male mosquitoes were sensitive to certain audio frequencies, with their sweet spot ranging from 150 to 500 hertz. This range overlaps with the frequencies of flying females, whose hearing was only slightly less sensitive than males. It also overlaps with human speech, but since mosquitoes aren’t attracted to people's voices, staying silent won't reduce your odds of being bitten. On the plus side, this discovery could actually be used to help humans. Knowing that they can pick up distant sounds, we could use similar vibration-detecting hairs to create new types of hearing aids and microphones. And with our newfound knowledge, we could also see if other insects are capable of long-range hearing. But until then, you might want to keep your voice down, because you never know what creepy crawlies are listening.