Billions of birds fall victim to domestic cats every year — but other human activities are also to blame. 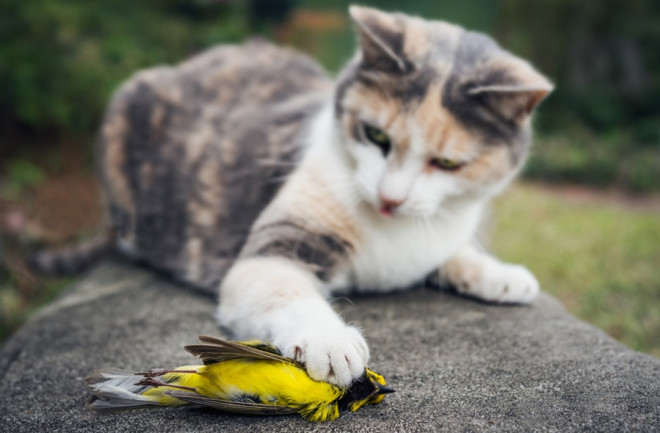 North American skies see 10 billion to 20 billion resident or migratory birds each year, but many die because of human activities.

Wind turbines along migratory routes have proven deadly for raptors like the golden eagle, but turbines can’t hold a candle to domestic cats or building collisions. For rare birds like the golden-winged warbler, whose numbers are already dwindling — its global breeding population is an estimated 410,000 — Oklahoma State University avian ecologist Scott Loss warns that even a handful of deaths could threaten the entire population.