What's In a Snout? 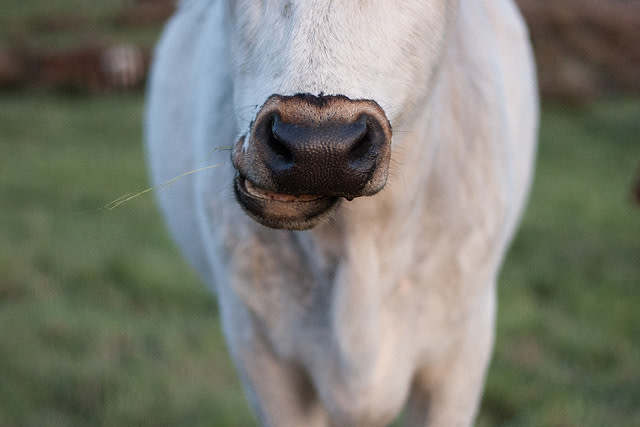 It may sound superficial, but you can judge a lot about an animal from its schnoz. Plant-eaters have evolved the perfect snout shapes to nibble, chomp, or tear up the foods they love. And by decoding those shapes, scientists hope they can learn more about plant-eaters that are more mysterious—namely, dinosaurs. "When you see cows in a field, their faces almost look like they're glued to the ground as they nibble away," says Jon Tennant, a PhD student at Imperial College London. Cows are in a category of plant-eaters technically called "grazers," which means they specialize in eating grasses. Common wisdom says these animals have blunt faces so they can mow through a field efficiently. By contrast, animals that prefer leaves, twigs or fruits are called "browsers." They're thought to have pointier faces so they can reach just the parts of a plant they want. "It's all about selectivity," Tennant says. Tennant wanted to know whether the rule about blunt and pointed faces is really true. Other scientists have tried to analyze this in the past, but Tennant says their techniques were crude compared to the "quite complex" variety of animal faces. Scientists simply measured the width of snouts, or used triangles to approximate their shapes. Instead, Tennant used a tool called geometric morphometrics to analyze the snouts of 125 cud-chewing species, from moose and deer to wildebeest and impalas. He used museum specimens in the UK, photographing their faces from below. Then he turned each animal's snout into a series of points, which produced this very adorable figure: 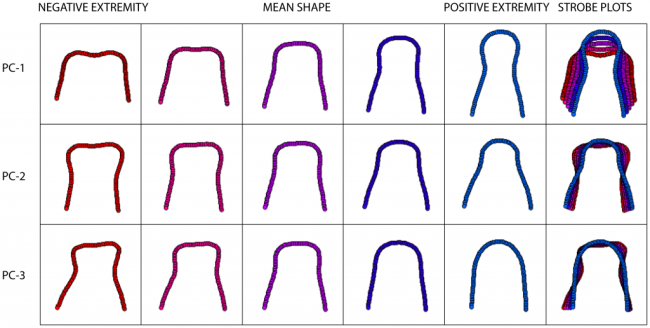 For the most part, the common wisdom held up. Grass eaters had blunter snouts, and browsers had pointer ones. But the rule isn't perfect, Tennant found. The snouts of cud-chewing mammals come in a glorious variety of shapes. And many animals have feeding styles somewhere in between browsing and grazing. Tennant is a paleontologist. Was his real interest not in moose or wildebeest, but in figuring out how to judge a dinosaur's feeding habits based on its face shape? "Haha, busted!" he says. Tennant and his master's thesis advisor, Norman MacLeod of London's Natural History Museum, did try to apply these findings to dinosaurs, he says. They wanted see if they could predict whether certain dinosaurs were browsers or grazers. "What we actually found was that dinosaur snout shapes were much more diverse than those of modern ruminants," Tennant says. This means dinosaurs may have had an even wider range of feeding styles than today's cud-chewers do. For example, he says, hadrosaurs—also known as the "cows of the Cretaceous"—seem to have had a different snout shape than any animal alive today. So they may have eaten in a totally different way, too. Tennant points out that hadrosaurs ground up plant matter using immense sets of teeth called "tooth batteries." It's possible that no similar animal today can chow down on plants as efficiently as a hadrosaur did. Someday, Tennant hopes scientists will be able to learn more about dinosaur lifestyles from their snouts—that "would be pretty cool," he says.