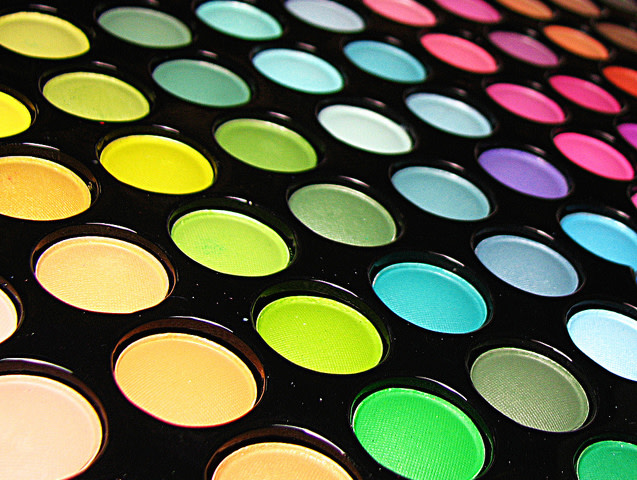 As much as you think your tastes are unique, psychologists say they can guess your favorite color. It's likely to be blue. And it's especially unlikely to be yellow—unless you're colorblind. Men with red-green colorblindness have preferences that are essentially opposite from everyone else's. The finding could help scientists understand why humans like what they like, and how colorblind people see the world differently. Some researchers have claimed that the human love of blue is universal. Others have turned up different color preferences between cultures. Either way, studies in the United States and the United Kingdom have found that people with normal color vision tend to most enjoy the color blue, and to least like yellowish-greenish hues. Universidad Complutense de Madrid graduate student Leticia Álvaro and her coauthors wanted to see how these preferences differ in colorblind people, or "dichromats." Humans with normal color vision are called "trichromats" because they have three functioning types of cone cells in their retinas. Each type is most sensitive to certain light wavelengths—red, green, or blue, approximately. About 2 percent of men are born with red-green colorblindness because they have just two functioning cone cell types. Some are lacking the red type, and others the green. Either way, they have trouble telling reds and greens apart. Dichromats can also be people who lack blue cone cells, or women, but these conditions are less common. Álvaro's subjects were 32 trichromats (a mix of men and women) and 32 dichromatic men (a mix of the green-lacking and red-lacking subtypes). Subjects saw patches of color appear on a screen and rated how much they liked each one, on a 10-point scale from nada to mucho. They rated 24 colors in all, with repeats to make sure their preferences were consistent.

The trichromats responded just as subjects in other studies had. Their ratings were lowest for yellow-green colors, and highest for blue. But colorblind subjects really liked yellow. They rated bold yellow hues as highly as, or higher than, blue ones. There are doubtless all kinds of associations and cultural factors that influence how much we like certain colors. But there may also be physical factors. Álvaro found evidence to support a theory that "cone contrast," or how much difference our cone cells perceive between a color and its background, is important. Earlier studies had suggested that cone contrast affects the favorite colors of trichromats, and Álvaro says her findings show the same thing is true in colorblind people. In another experiment, she asked subjects to quickly name the colors they saw. About a third of the time, dichromats named colors differently than subjects with normal color vision did. And among the dichromats, those lacking red cone cells made more errors. Álvaro also saw that people had the easiest time naming the colors they liked best. Álvaro says her findings confirm that certain men with red-green colorblindness—those lacking their red cones—experience a stronger impact on their color vision. And, she says, this is the first time a study has shown that the impact extends into their color preferences. These subjects had the most extreme fondness for yellow and dislike of blue, revealing tastes that were exactly opposite of people with normal color vision. And if you're not colorblind but your favorite color is chartreuse, you really might be unique.