What Is This? Seashells in a Tar Pit?

Hint: It's hard as granite, strong as steel, and has been used for sword grips and shoe soles. 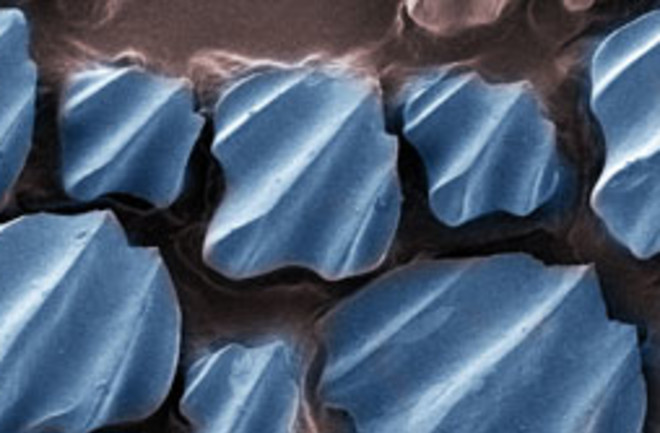 Sharkskin is made up of tiny, platelike scales called dermal denticles, whose strength protects the animal and whose drag-reducing properties allow it to move quickly after prey. The skin’s texture—relatively smooth if stroked from head to tail but painfully rough in the other direction—has made it suitable for applications including sandpaper and sword grips.

In 2000 Speedo introduced a sharkskin-inspired swimsuit. The newest version, called the LZR Racer, led to so many world records that in July swimming’s governing body banned the LZR and similar swimwear from international competition.