What Happened When Humans Became Hairless

Our human ancestors lost the primate pelt — researchers investigate what they gained. 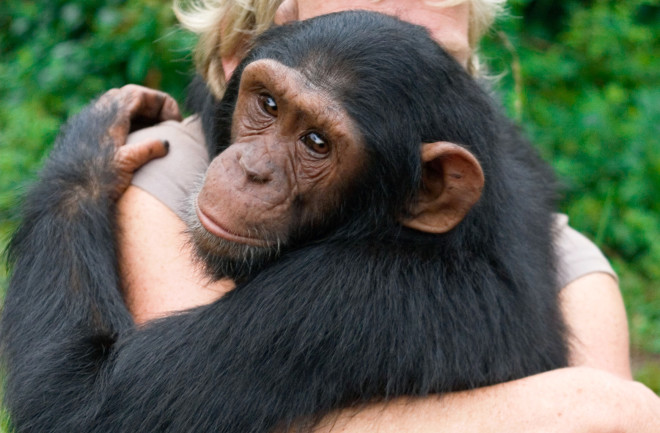 In a lineup of primates, humans are easy to spot. We’re the naked ones.

While all our living evolutionary cousins sport fur coats, Homo sapiens alone are naturally nude, aside from diminutive body hairs and dense tufts over our heads, underarms and genitals.

This has vexed scientists since Charles Darwin. In his 1871 The Descent of Man, Darwin asserted that fur loss is “an inconvenience and probably an injury to man.” Dismissing the possibility that nakedness evolved via natural selection — as a trait that improved survival — he attributed it to sexual selection — a trait fancied by mates. By this view, ancestors with less body hair were more attractive and reproductively fruitful.

Today most scholars lean the other way. They contend fur loss was not for sex, but survival — specifically, survival of the sweatiest. Reduced body hair enhanced the cooling capacity of sweat, a crucial adaptation in our ancestors’ hot, savanna-like environments.

“Humans can dump heat … whereas other mammals, when you chase them, overheat,” says Harvard University evolutionary biologist Daniel Lieberman.

Homo sapiens also stand out as the most perspiring primate. On a hot day, an average Joe can sweat 12 liters; maximum rates for humans are over four times that of chimpanzees. The disparity is partially explained by relative abundances of two types of sweat glands: eccrine, the source of watery sweat exuded through pores, and apocrine, which secrete viscous liquid from within hair roots. Chimp skin comprises roughly two eccrine per one apocrine, but ours is almost all eccrine. “Humans have just gone wild with those glands,” says Lieberman. Sweat cools the body through evaporation, drawing heat away from the skin. Thick fur impedes this process; bare skin promotes it.

Researchers think fur loss coincided with eccrine gland gain in our evolutionary story, as paired adaptations for better sweating. But the details on when and how are still patchy.

Lieberman has proposed two scenarios for when and why fur was sacrificed for sweat. Both assume the changes occurred after hominins — the evolutionary branch of apes leading to humans — began walking upright and traded tropical forests for open, sunnier habitats, some 7 million years ago. Fur usually shields mammals from damaging solar radiation. But bipeds could forgo this protection because only their scalps are exposed to direct rays. And this likely explains why hominins kept hair on their heads.

The first scenario places fur loss within a few million years of the origins of bipedalism, when our ancestors were merely 3 to 4 feet tall, with chimpanzee-sized brains. Since two legs are slower than four, “we became easy pickings for any carnivore,” says Lieberman. But, if they were efficient at reducing heat through sweating, these small, two-legged hominins could have stayed safe by foraging during midday heat, when most carnivores rest.

Humans have about as much hair as chimps, but ours isn’t as thick. Chimps have more oil-secreting apocrine glands; ours occur only in a few areas of the body. We also have 10 times more eccrine glands, the source of watery sweat. (Credit: Jay Smith/Discover)

Alternatively, perspiration-prone skin may have been advantageous later in our origin story, when hominins became hunters. Lieberman hypothesizes that roughly 2 million years ago, Homo erectus pursued prey by trekking and endurance running through the hottest hours of the day. The animals would eventually overheat, allowing sweaty hominins to nab their meal.

The scenarios are plausible, but impossible to test with fossils, the traditional source of evidence for understanding human evolution: No early hominin skin or hair has survived the ages. So Lieberman and other Harvard scientists launched a project to find the cause of human fur loss in our genes.

Getting Down to the DNA

Geneticists have the technology to see how evolutionary change happened at a basic biological level — in this case, how minor alterations to the DNA code shared by all primates could lead to uniquely human sweat and skin. However, finding these genetic variants wasn’t easy, says Yana Kamberov, who joined the research team while at Harvard and now leads it at the University of Pennsylvania. “We had no idea where to look in the genome. We didn’t know what to look for,” she says.

The researchers began by comparing DNA from mouse breeds that grow differing amounts of hair on their paws — previous research had suggested that some genes may play a role in both hair and sweat gland development. The team found that less hairy mice also had more eccrine glands, and that the gene En1 appeared to be responsible for increasing sweat gland development while reducing hair production. The discovery pointed to a potential genetic link between fur loss and sweat gland gain in mammals.

The team also compared human and primate skin by counting follicles and glands in biopsies from cadavers. The resulting 2018 Journal of Human Evolution paper showed H. sapiens have 10 times more eccrine glands than chimpanzees, but similar hair follicle density. The reason we seem to have less hair: Most human follicles develop what’s known as vellus hair — the fine, barely visible type — rather than terminal hair, the thick, pigmented strands found on our scalps and on the bodies of most other primates.

Building on the earlier work with mice, Kamberov is narrowing in on specific genetic variants that could explain the hair and sweat gland differences between chimps and humans. Her team is now genetically engineering mice with those variants to see if they develop chimplike or humanlike skin traits. “We’re really at the cusp of knowing the answer,” says Kamberov.

As scientists inch closer to explaining how we lost our fur, another mystery looms: What about hair that sprouts at puberty? Why do ample patches cover underarms, genitals and faces to varying degrees depending on age, sex and heredity?

Some researchers see this hair as an evolutionary accident, perhaps a side effect of hormone activity: The transformation happens because sex hormones, including testosterone, cause follicles to switch from vellus to terminal hair. But many scholars think post-pubescent hair is a product of sexual selection. It seems Darwin’s early notions of nakedness better explains the presence of some hair, rather than its general absence.

It’s possible that hair that develops at puberty may have attracted members of the opposite sex by signaling that an individual was mature enough to reproduce. Alternatively, body hair could have advertised status or strength, such as a form of intimidation between males competing for females.

Other primates, such as these Japanese macaques, have retained the thick body fur that humans lost as we evolved to perspire more. (Credit: Jean-Louis Klein & Marie-Luce Hubert/Science Source)

Over the past 50 years, researchers have tried to evaluate these hypotheses by testing people’s gut reactions to body hair. Barnaby Dixson, an anthropologist at the University of Queensland, Australia, has conducted more than a dozen such studies, several focusing on beards, which he considers “the most obvious social marker of sexual maturity and biological maleness in our species.”

The results are consistent in one respect: Universally, bearded men are judged as older, more masculine and aggressive. But do females consider that look attractive? That depends on their culture, economic conditions, relationship status and life stage. Present-day social influences and life experiences may override innate dispositions.

And while most research has focused on visual signals sent by body hair, it’s also been suggested that the message is sent via scent. Remember those apocrine glands that release oily secretions? Of the small number humans do have, most are found associated with armpit and pubic hairs.

Regardless of the ancestral function of body hair, today “it doesn’t have to be what it was evolved to be. Culture can take it beyond what nature had intended for it,” says Christopher Oldstone-Moore, a historian at Wright State University in Dayton, Ohio.

His 2015 book Of Beards and Men showed this to be true for facial hair. The work chronicled styles across Western civilization for millennia, from ancient Mesopotamia to today. According to Oldstone-Moore, facial hair trends reflect shifting attitudes about manliness. “Shaving is associated with discipline and control . . . conformity to established norms,” he says. When clean-shaves were in vogue, men derived status from social approval. During beard times, manliness was about natural, physical strength.

Beards of War: Some researchers have hypothesized that, like lion manes protecting vulnerable parts of the animal’s face and neck while fighting with a competitor, beards have survival value. During hand-to-hand combat, “the theory was that beards might stop you from getting knocked out” by cushioning the blow, says Barnaby Dixson, an anthropologist at the University of Queensland, Australia. The idea itself took a hit when a 2018 Evolution and Human Behavior paper looked at results from the Ultimate Fighting Championship’s cage matches, which blend wrestling, kickboxing and other martial arts. “It’s pretty much a slugfest,” says Dixson, the study’s lead author. In the 600 fights analyzed, beards had no effect on knockouts or wins. Says Dixson: “Beards are fairly useless in terms of fighting.” (Credit: Media News Group/Los Angeles Daily News via Getty Images/Hans Gutknecht)

Similarly, pubic hair practices are culturally variable. In a 2018 Cross Cultural Research study, anthropologist Peter Gray and graduate student Lyndsey Craig, both of the University of Nevada, Las Vegas, reviewed ethnographies from more than 300 diverse societies. Of the entries that mentioned pubic hair, some groups removed it, others retained it. None of the cultures were influenced by Western pornography and marketing — the supposed drivers of removal trends in the United States.

“So we have pubic hair . . .  nowadays we can choose to modify it,” says Gray. “It’s just a beautiful illustration of the biocultural way in which we carve our way through life.”

Bridget Alex is an anthropologist and a frequent contributor to Discover. This story originally appeared in print as "Getting Naked."