We'll See Your Sheep and Raise You 50: Dubai Scientists Clone the First Camel 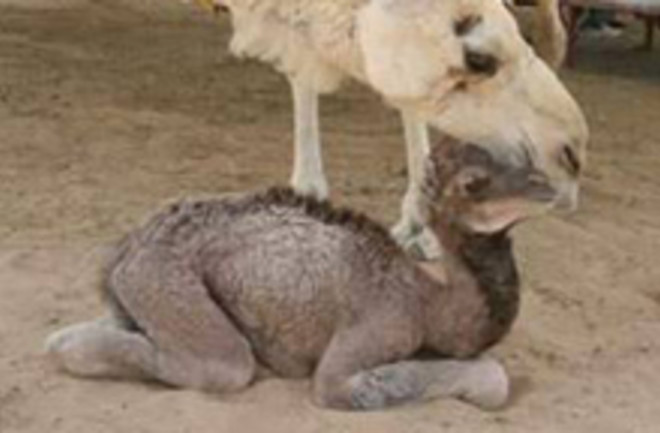 Injaz—the world's first cloned camel—was born last Wednesday in Dubai. It wasn't easy—the process took the Camel and Reproduction Centre (CRC) and the Central Veterinary Research Laboratory a good five years, all to create a 66-pound baby. Nisar Wani, a researcher at the CRC, removed DNA from cells in the ovaries from an unfortunate camel who was chopped up for meat in 2005. The salvaged DNA was then put into a surrogate mother's egg to produce the clone, after gestating for just over a year. So far very few pictures of the camel have surfaced on the Internet—compared to the number of times Dolly, the world's first cloned sheep, was photographed in her heyday. Sure there have been monkeys, calves, and mules that have been cloned since then, so maybe one humped camels aren't so far-fetched after all? Related Content: 80beats: Easier To Clone A Human DISCOVER: FDA Approves Food From Cloned AnimalsImage: Courtesy of The Central Veterinary Research Laboratory