Meat and milk products from cloned livestock may soon hit the shelves. 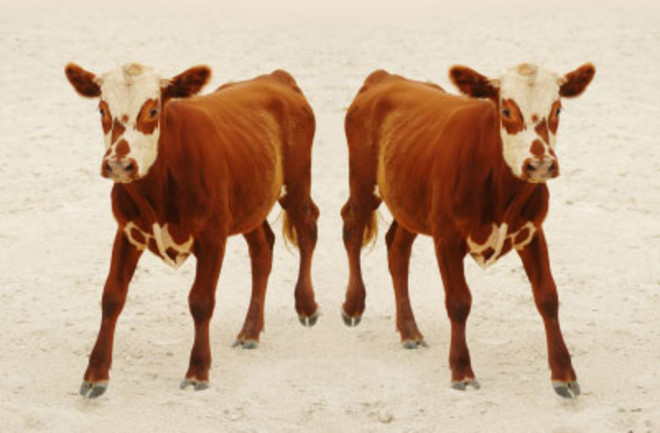 Meat and milk products from cloned cattle, pigs, and goats and their offspring were deemed safe by the FDA in January and could be available in three to five years. The USDA supports a voluntary moratorium on the sale of food derived directly from clones but already has allowed products from their offspring into the marketplace.

Barbara Glenn of the Biotechnology Industry Organization calls cloning “a breeding technique that will improve the quality and consistency of food” because only animals with desired traits are chosen for cloning. But cloning is so expensive that such animals serve primarily as breeders and are unlikely to enter the food supply directly. About 600 clones of agricultural animals exist, and relatively few offspring have been born.

Michael Hansen, a senior scientist with Consumers Union, says that data supporting the FDA decision are based on just a few cloned animals and include little information about their offspring. “The vast majority of clones don’t make it to adulthood,” he says. “There are a lot of sickly animals.” Health problems among clones raise concerns about animal welfare and food safety, Hansen adds.

According to The Wall Street Journal [subscription required], some farmers report that clone offspring have already entered the marketplace. But public-opinion research suggests that consumers may reject clone-derived food. In September, 20 manufacturers, including Kraft Foods and General Mills, announced they would not use products from cloned animals. Nine of those 20 will also exclude products from clones’ offspring.

Although cloning has gotten the go-ahead, the FDA in September proposed guidelines for regulating the use of genetically engineered animals for food and pharmaceuticals.