Planting trees, while beneficial to the planet, is not an easy solution to climate change. 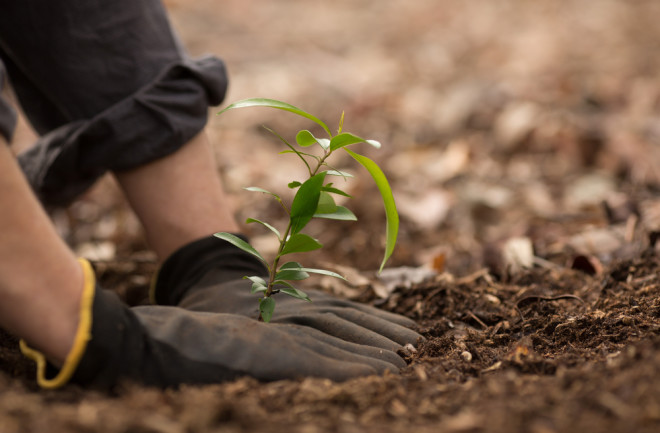 Last week, a new study in the journal Science highlighted the role forests could play in tackling climate change. Researchers estimated that by restoring forests to their maximum potential, we could cut down atmospheric carbon dioxide (CO2) by 25 percent — a move that would take us back to levels not seen in over a century. Though the study brings hope in the fight against climate change, other experts warn the solution is not that simple.

The study, led by scientists at ETH-Zürich, Switzerland, determined the planet has 0.9 billion hectares of land available to hold more trees — an area the size of the continental U.S. Converting those areas into forests would be a game-changer for climate change, the authors suggested.

“[The study] is probably the best assessment we have to date of how much land could support tree cover on our planet,” says Robin Chazdon, a forest ecologist and professor emeritus at the University of Connecticut not involved in the study, But she is quick to point out that restoring forests is not as simple as it sounds.

“Not all areas that could be forested should necessarily be forested,” Chazdon says. Taking the local ecosystems into consideration, as well as the impact of trees on the communities nearby, is essential in making global tree restoration viable. In other words, battling climate change with carbon-sucking trees requires more planning and strategy than just planting trees everywhere we can.

According to the Science paper authors, six countries alone — Russia, the United States, Canada, Australia, Brazil, and China — hold more than 50 percent of the global tree restoration potential. If all the areas they identify are restored, they estimate an additional 200 gigatonnes of carbon could be sucked out of the air and locked into tree wood. That number, the authors say, represents two-thirds of historical man-made carbon emissions.

Regions identified by Bastin and colleagues where trees could be planted, after excluding, desert, agricultural and urban areas. Blue denotes areas with the highest potential. (Credit: Bastin et al. 2019 Science)

But Zeke Hausfather, an analyst for climate science news website Carbon Brief, challenged those conclusions on Twitter shortly after the study was released. Citing the most recent report of the Global Carbon Project — which estimates cumulative carbon emissions from human activities at roughly 620 gigatonnes — Hausfather pointed out that Bastin’s projection might actually represent just one-third of historical emissions. It’s a reminder that the problem may require more than just planting trees, he says.

“That’s not to say that reforestation is not an important mitigation strategy, just to caution that like every other climate solution, it’s part of a larger portfolio of strategies rather than a silver bullet,” Hausfather concluded.

Back in 2011, Germany launched the Bonn Challenge, a global initiative aimed at restoring 350 million hectares of trees by 2030. So far, nearly 50 countries have signed on to the commitment. But approximately 10 percent of them don’t have enough available space to restore the intended amount of trees. Unless, you know, they plant in places not meant to be forests.

The implications of putting trees where they don’t belong could be serious. Misplaced flora could kill local ecosystems, weaken biodiversity, dry up water supplies and make areas more prone to fires. Countries like Japan and Ireland are already experiencing the consequences of poorly planned tree planting initiatives. The use of just one or two tree species to replant in those countries has led to ecological disruptions.

Jean-Francois Bastin, lead author of the Science study, agrees with the importance of respecting native species when doing restoration of ecosystems. “We are not talking about reforestation, or planting, or afforestation. We are only talking about restoration of natural ecosystems,” he emphasizes. His study does not provide information on what trees to plant, but he says they are working on developing a list of recommendations for different areas.

Is it Feasible, Anyways?

Achieving the massive carbon takedown claimed by Bastin and colleagues with trees alone is a technical challenge. Every possible parcel of land identified would have to be fully covered by trees. This is unlikely, considering that countries will lose economic potential as land gets covered up — something politicians might not be keen on doing. Additionally, areas along international borders could present logistical challenges. Not to mention the cost of massive reforestation projects — a limitation not considered in the study.

It would also take many decades before new forests would be mature enough to store large amounts of carbon. But as Bastin’s own study suggests, time is of the essence as climate change will progressively diminish the available areas for tree restoration. Based on their model, over 220 million hectares of potential forests could be lost by 2050 if climate change continues at the current rate.

Another issue is the type of tree used. An earlier study published in Nature found nearly half of all restoration commitments from the Bonn Challenge are in the form of plantations, which are not the best for storing carbon. Simon Lewis, a forest ecologist who authored the analysis with colleagues at the University College London and the University of Edinburgh in the U.K., fears plantations will have little impact on climate change.

“The forests have to be natural forests that are going to stay long-term, rather than plantations that are harvested every decade or so,” Lewis says. “Because, yes, plantations have fast carbon uptake while the trees are growing. But as soon as those trees are used, much of that carbon gets back into the atmosphere.”

“That is emphatically not correct. The best solution for climate change is to keep fossil carbons in the ground,” Lewis says. Other experts have also raised concerns that the hype around Bastin’s study is creating misconceptions about the problem and primary solution, which could be problematic in the long-run. They fear a focus on tree planting could distract policy-makers from acting on other efforts to reduce carbon emissions and stop climate change.

In a different study published last week in the journal Science Advances, Chazdon and colleagues argue for a more focused approach. They say that focusing on tropical rainforests is a more efficient means of halting climate change using trees. They considered both available space and cost-opportunity factors that would make restoration most feasible in what they called “restoration hotspots.”

“These are kind of the low-hanging fruits, the most obvious places where we should be starting,” Chazdon says. Brazil, Indonesia, India, Madagascar and Colombia topped the list of countries with the most restoration hotspots.

The study adds to the pile of literature calling for action in protecting and restoring natural forests, especially along the tropics. But despite the global effort in reducing deforestation, logging and clear-cutting has been on the rise in the Amazon — the world’s largest rainforest. New satellite images suggest areas larger than a soccer field are being cleared every minute.

“We are kind of running against the clock here. But at the same time, I think we shouldn’t just be thinking about quick fixes, about just massive tree-planting programs,” Chazdon says. “We can’t really afford for it to fail.”