Was the First Beer Brewed for the Dead?

Archaeologists disagree on whether they’ve found the world’s oldest beer, or just bread. 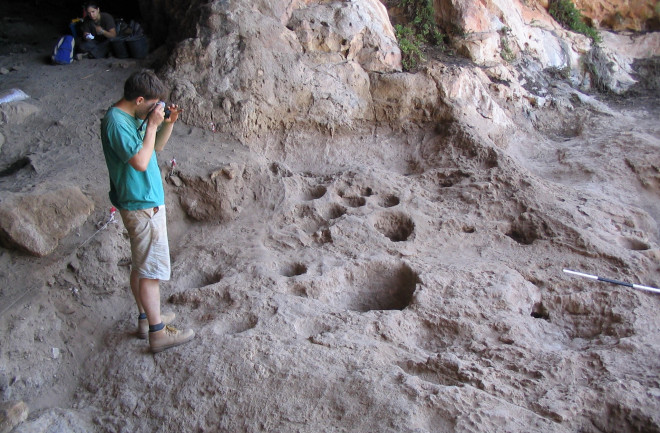 This story appeared in the May 2020 issue as "Brews from a Cave Grave." Subscribe to Discover magazine for more stories like this.

The first beer was for the dead. That’s according to a 2018 study of stone vessels from Raqefet Cave in Israel, a 13,000-year-old graveyard containing roughly 30 burials of the Natufian culture. On three limestone mortars, archaeologists found wear and tear and plant molecules, interpreted as evidence of alcohol production. Given the cemetery setting, researchers propose grog was made during funerary rituals in the cave, as an offering to the dearly departed and refreshment for the living. Raqefet’s beer would predate farming in the Near East by as much as 2,000 years — and booze production, globally, by some 4,000 years.

But other archaeologists say the site was dry, and the vessels carved into stones and the cave floor were used to bake bread. Science Smackdown asks: Were they brewing or baking?

The Claim: Drinking With the Dead

The beer hypothesis, published in the Journal of Archaeological Science: Reports, comes from Raqefet excavators, based at Israel’s University of Haifa, and Stanford University scientists, who conducted microscopic analyses. In previous research, they made experimental brews the ancient way, to see how the process altered artifacts. Some telltale signs were then identified on Raqefet stones: A roughly 10-inch diameter mortar, carved directly into the cave floor, had micro-scratches — probably from a wooden pestle — and starch with damage indicative of mashing, heating and fermenting, all steps in alcohol production. Two funnel-shaped stones had traces of cereals, legumes and flax, interpreted as evidence that they were once lined with woven baskets and used to store grains and other beer ingredients. Lead author Li Liu thinks Natufians also made bread, but that these three vessels were for beer — the earliest yet discovered.

The Counterpoint: Baking, Not Boozing

Leading the challenge, Israel-based independent archaeologist David Eitam commends the team’s work identifying plant residues, but contends that it’s evidence for bread. He likens their focus on three artifacts to studying a tree, when “the idea is to understand the forest.” Eitam has cataloged more than 300 similar stone artifacts at regional Natufian sites and tested their possible uses. The results suggest the funnel-shaped vessels — too deep and narrow for storage — were designed for grinding barley into flour. At Raqefet, these “bread machines” were positioned over a burial, perhaps for “feeding the dead,” he says. And the starches? Spoiled food, fermented naturally and accidentally, Eitam proposes, also in the Journal of Archaeological Science: Reports.