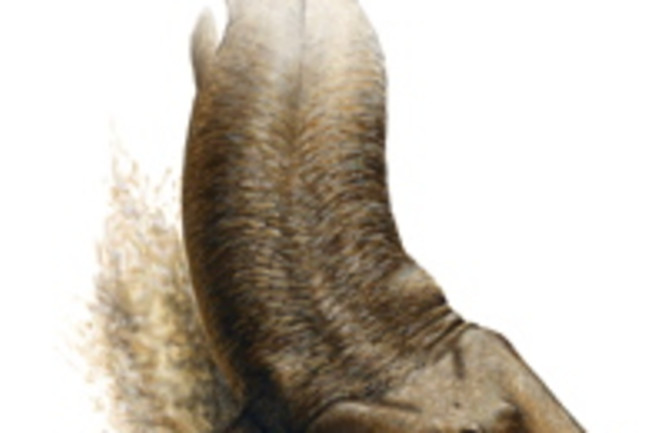 Tiktaalik's fins are important not just for what they say about how our fish ancestors lived, but about how any sort of new structure evolves. If you compare your hand to the fin of a fish that's studied a lot by biologists--zebrafish, for example--it's hard to see much in common. The fin rays are not made of skeletal bones, and the few skeletal bones they do have don't correspond in any clear way to our own limbs. So even quite recently some scientists saw the tetrapod limb as a major innovation. But zebrafish are separated from our own ancetry by 400 million years or more of diverging evolution. Now Tiktaalik makes clear that the evolution of arms and legs was not such a big transformation after all. The fins of fish like Titaalik had already evolved much of the limb equipment--down to individual wrist bones--that would emerge in later tetrapods as so important for moving around on land. So why is Tiktaalik big news and not news at all? It is big news because it blurs the distinction between fish and tetrapod more spectacularly than ever before. It is no news at all, because it is just the sort of creature that one would predict from previously discovered fossils. Its place on our family tree has been cleared and waiting for some time now. And now it's filled.