Voracious and Invasive Lionfish Are Tearing Through Florida's Coral Reefs

The lionfish, first imported through the aquarium trade, are a hungry, long-lasting, and extremely fertile invasive species in Atlantic reefs. 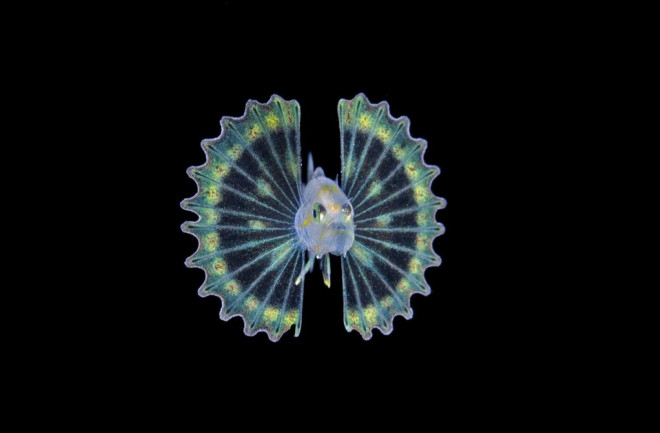 Descending into pitch-black open ocean under the cover of inky skies can unnerve even experienced divers, but for underwater photographer Steven Kovacs, it’s a surprisingly addictive activity. “It’s like a treasure hunt. You never know what amazing creature will drift by or come up from the depths.”

While Kovacs has documented the strange and beautiful larval forms of many species during such dives, this opalescent lionfish fry (Pterois volitans) was a particularly arresting sight. Turning in slow circles at a depth of around 500 feet, the larval fish was — for the moment — a peaceful ocean drifter. In a matter of weeks, however, it would become a voracious predator primed to decimate nearby reef ecosystems.

If Atlantic coral reefs had a Most Wanted list, the invasive red lionfish would certainly be at the top. Native to the Indian and Pacific Oceans, the species first arrived in the United States via the aquarium trade. Since the first few individuals appeared in Florida’s reefs in 1984, lionfish have spread and proliferated with astonishing speed.

While their venomous spines and insatiable appetites are two oft-cited keys to the fishes’ highly successful invasion, recent research suggests that larval development and dispersal also play a significant role in their spread.

The lionfish life cycle begins with a just-after-sundown courtship ritual in which a mature female follows a male to the ocean’s surface and releases two floating egg masses—gelatinous bundles that can collectively contain up to 42,000 eggs. The male then fertilizes the eggs, which have a high survival rate, thanks to their protective gelatinous shield. Each female, which reaches sexual maturity within a year of life, can spawn every 2-3 days. And unlike many other species that have a more defined breeding season, lionfish can spawn year-round.

During the 20-35 days of their planktonic larval phase, lionfish eggs and fry drift on ocean currents, often traveling great distances. Larval lionfish that hatch in Cuba regularly wind up as far away as the Carolinas. And during hurricanes and other extreme weather events, they can travel even farther.

Not surprisingly, eradicating the species is a formidable task. Studies have indicated that at least 27 percent of the invading adult lionfish in a population must be removed each month to make a dent in the population size. While most eradication efforts to date have targeted adults, recent learnings about lionfish development and reproduction suggest that including juveniles like this translucent apparition in culling plans may greatly increase their efficiency—promising news for the native fish that have dwindled in the wake of the lionfish invasion.

Steven Kovacs was born and raised in Canada and has had a fascination for the underwater world since he was very young. He has placed numerous times in International photographic competitions，including the prestigious Veolia Wildlife Photographer of the Year contest. His work ha also been published in numerous books and magazines, and featured in public institutions.

This story originally appeared in bioGraphic, an online magazine featuring beautiful and surprising stories about nature and sustainability.