Visual Science: A Glow Below 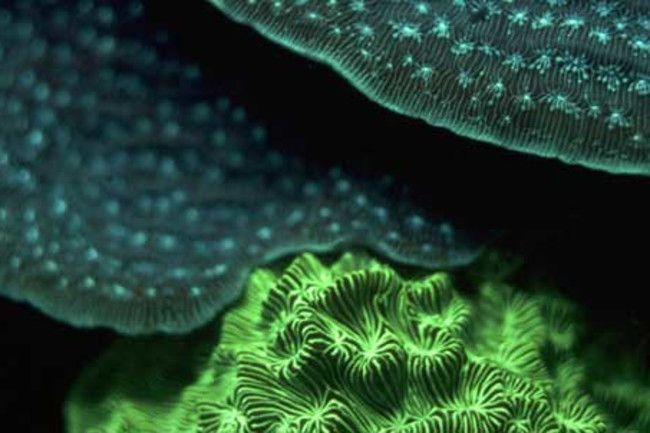 THE MOMENT: Corals glow under ultraviolet light at a depth of 20 feet off Roatán Island, Honduras. The fluorescence of some corals was first observed half a century ago, but its function remains a mystery. In October a team of biologists announced the discovery of fluorescence in 28 additional species of coral. The researchers speculate that the glow may attract the symbiotic algae that provide corals with key nutrients, since the algae tend to gather around green light.