You know Homo sapiens, you know Neanderthals, but have you met the Denisovans? 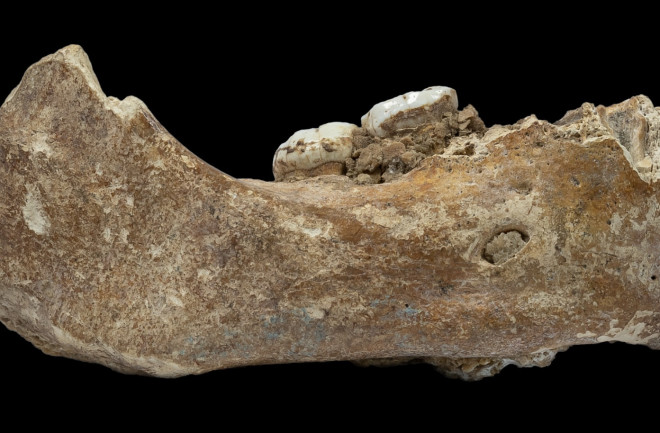 We humans really like to think that we’re exceptional among the creatures of the Earth. But it wasn’t always that way. Until relatively recently, there were multiple types of humans, not just Homo sapiens. There were Neanderthals, and the more mysterious, recently discovered Denisovans.

The Denisovans are named after Denisova Cave in Siberia. Until 2019, it was the only place where archaeologists found bones belonging to the group. Nestled in foothills of Russia’s Altai Mountains, Denisova Cave has been a research mecca since 2010. That’s when researchers looked at the DNA from a finger bone fossil — and it didn’t match our species, or Neanderthals. It was a totally different lineage of human. And it was discovered scattered among thousands of other bones dug up by archaeologists at the site.

Anthropologists were astounded. They had never expected that a new population of humans was out there waiting to be discovered. Since then, researchers have found a few other Denisovan specimens at that same cave. They’ve now got two adult molars and one baby tooth. The molars are big — much larger than they would be for other recent humans. They’re closer to the size we’d see for pre-human Australopiths, like the famous Lucy, who lived millions of years ago.

They’ve also found a few artifacts, which hint that their technology was just as sophisticated as that of modern humans at the time.

But aside from these tidbits, everything we know about Denisovans comes from their DNA. Never before has the history of an extinct human been told by its genome, rather than its fossils and artifacts. Their DNA tells scientists that the Denisovans may have roamed all across Asia. And, based on genetic differences between the different fossils from Denisova Cave, scientists think that two of the individuals lived roughly 65,000 years apart. And that alone says that the Denisovan lineage was around for a long time.

Their genes also tell scientists that Denisovans, Neanderthals and modern humans descend from the same population of ancestors, who most likely lived in Africa between 550,000 and 765,000 years ago. Some of these early humans spread to Eurasia, where they split into Neanderthals in Europe and Denisovans in Asia. That means Denisovans are like, an Eastern cousin of Neanderthals.

Now, over the course of many hundreds of thousands of years, our own ancestors evolved into distinct human lineages. But they didn’t become genetically different enough to prevent them from mating with each other.

That’s right. Homo sapiens didn’t just live at the same time as Neanderthals and Denisovans — our DNA show that our ancestors interbred the with other humans. And, Denisovan DNA has evidence that they interbred with yet another, undiscovered group of ancient humans.

Because of this ancient interbreeding, people living today on islands in Southeast Asia and Oceania have genomes with up to 6 percent Denisovan DNA. Some mainland East Asians also show a trace — less than 1 percent.

Interestingly, no Denisovan ancestry has been detected in people currently living close to the cave. This suggests that Denisovans moved all over Asia, surviving everywhere from the mountains of Siberia to the tropics of Australasia.

But there’s one hint that they may have been especially built for the mountains, and adapted to elevation and cold. DNA evidence shows that the ancestors of Tibetans inherited a unique and vital gene from Denisovans. That gene that regulates blood hemoglobin and lets Tibetans easily live in oxygen-thin environments — above 13,000 feet.

And earlier this year, scientists made that connection to the Tibetan Plateau even stronger. Decades ago, a monk praying in a mountain cave in Tibet found a mysterious human jawbone. A study published in May 2019 showed that this particular Denisovan died in the area some 160,000 years ago. That’s more than 100,000 years before researchers think our own ancestors colonized the area.

Researchers hope to head back to the cave soon to conduct more excavations. They’ve already unearthed stone tools and animal bones with cut marks which indicates they were butchered. One of the most intriguing mysteries is whether the Densiovans were still living on the Tibetan Plateau when Homo Sapiens arrived some 40,000 years ago.

And as always in science, these new finds lead only to more questions.