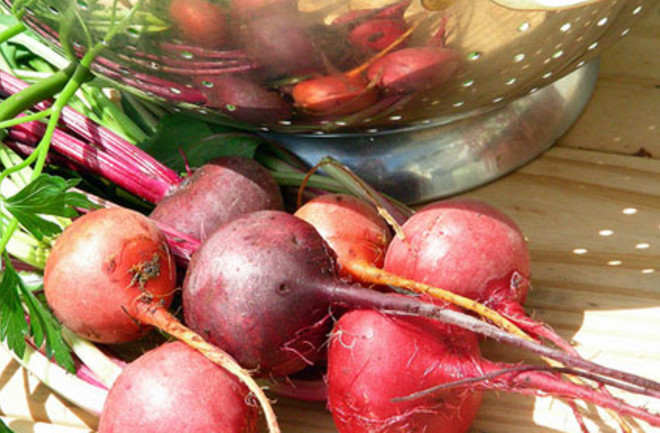 They were perfectly lovely, the beets Surendra Pradhan and Helvi Heinonen-Tanski grew: round and hefty, a rich burgundy, their flavor sweet and faintly earthy like the dirt from which they came. Unless someone told you, you’d never know the beets were grown with human urine. Pradhan and Heinonen-Tanski, environmental scientists at the University of Kuopio in Finland, grew the beets as an experiment in sustainable fertilization. They nourished them with a combination of urine and wood ash, which they found worked as well as traditional mineral fertilizer. “It is totally possible to use human urine as a fertilizer instead of industrial fertilizer,” said Heinonen-Tanski, whose research group has also used urine to cultivate cucumbers, cabbage and tomatoes. Recycling urine as fertilizer could not only make agriculture and wastewater treatment more sustainable in industrialized countries, the researchers say, but also bolster food production and improve sanitation in developing countries. Urine is chock full of nitrogen, potassium, and phosphorus, which are the nutrients plants need to thrive—and the main ingredients in common mineral fertilizers. There is, of course, a steady supply of this man-made plant food: An adult on a typical Western diet urinates about 130 gallons a year, enough to fill three standard bathtubs. And despite the gross-out potential, urine is practically sterile when it leaves the body, Heinonen-Tanski pointed out. The nutrients in urine are also in just the right form for plants to drink them up, said Håkan Jönsson, a researcher at the Swedish University of Agricultural Sciences in Uppsala who was not involved in the beet study but has researched urine recycling for over 15 years. Food gives us nutrients like nitrogen as parts of complex organic molecules, but our digestive system strips them down into the basic mineral form that plants need—so “we have done half of the job,” Jönsson said. A small but dedicated contingent of organic gardeners in the United States and Europe already fertilize with urine at home, and researchers in Scandinavia have run pilot projects to recycle locally collected urine on small farms. But urine recycling may never become a part of large-scale farming in industrialized countries, because implementing it would mean drastically remodeling the sewage system in order to collect and transport liquid waste. It would also mean swapping regular flush toilets for separating toilets, where a divided bowl and independent set of pipes sort the urine out from everything else. This detail is a roadblock, Jönsson said, because many people don’t want a toilet that looks strange. “Acceptance is a big problem for this kind of system.” For the recent experiment with beets, the urine was obtained from specialized toilets in private homes. Heinonen-Tanski’s group planted four plots of beets and treated one with mineral fertilizer, one with urine and wood ash, one with urine alone, and one with no fertilizer as a control. After 84 days, about 280 beets were harvested. The beetroots from the urine- and urine-and-ash-fertilized plants were found to be, respectively, 10 percent and 27 percent larger by mass than those grown in mineral fertilizer. By grinding some beets to powder and subjecting them to chemical analysis, the researchers determined that all the beets had comparable nutrient contents—and according to a blind taste-testing panel, the taste was indistinguishable. The results are published in the February 10 issue of the Journal of Agricultural and Food Chemistry. Effective fertilization isn’t the only benefit of recycling urine, Heinonen-Tanski suggested in a review paper in the January 2010 issue of the journal Sustainability. The separating toilets that collect urine use less water than flush toilets, she writes, and the simplified waste stream requires less energy in sewage treatment. “Agricultural and health organizations should encourage people to use human urine as a fertilizer,” Heinonen-Tanski concluded in that paper, especially in areas where wastewater treatment is unavailable or ineffective. Though he’s skeptical that it will ever happen on a large scale, Jönsson does practice urine fertilization himself: He and his wife use what they collect from their separating toilet to nourish their garden at home in Sweden. The urine one person produces can fertilize about ten square feet of soil a day, Jönsson said—but there’s been less to go around since his three children left home. “It’s enough for the vegetables and the flowers,” he said, “but I can only fertilize very lightly on the lawn. Otherwise I run out of urine.”

This article is provided by Scienceline, a project of New York University's Science, Health and Environmental Reporting Program.