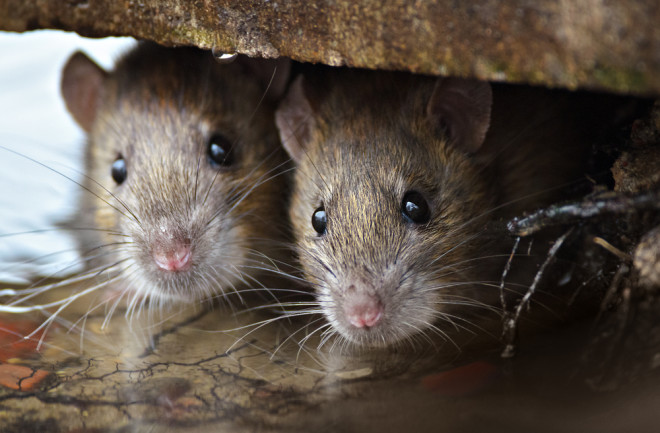 (Credit: Gallinago_media/Shutterstock) If you're an uptown rat, you don't associate with the downtown kind. Segregation is real if you're a rat in New York City, though likely for more prosaic reasons than in their human counterparts. A recent genetic study of NYC rats found unique populations living in uptown and downtown Manhattan, indicating that they probably don't interact with each other all that much.

The project is the work of Fordham University graduate student Matthew Combs, whose dissertation focused on the city's rat population and the ways the animals' close cohabitation with humans has shaped them. As The Atlantic reports, Combs spent two years trapping rats in the city and sequencing their DNA. The work allowed him to track the differences between various populations, and he found that he could map those genetic markers to locations within the city. In the paper, published last week in Molecular Ecology, Combs says he can even distinguish rats from different neighborhoods in Manhattan. This is because rats don't often move more than a few blocks during the course of their lives — especially in New York, where food and shelter abound. In Manhattan, midtown forms a natural barrier of sorts; home to bustling areas like Times Square and Fifth Avenue, it doesn't offer much in the way of living space for the rats. Another intriguing finding was that the rats of New York City still look most similar to rats in Britain and France. In the cosmopolitan shipping port, rats from all over the world must have arrived via ship, yet the original Western European rats managed to remain dominant. Combs got his genetic samples from rats trapped all around the city, helped by a crowdsourced rat map. He cut off an inch or so of their tails to obtain the relevant samples, and still has a collection of some 200 frozen in vials. The library of rat DNA could help inform future containment efforts, and offers a look at how the built environment — subways, streets, parks and the like — guides the distribution of wildlife within a city.