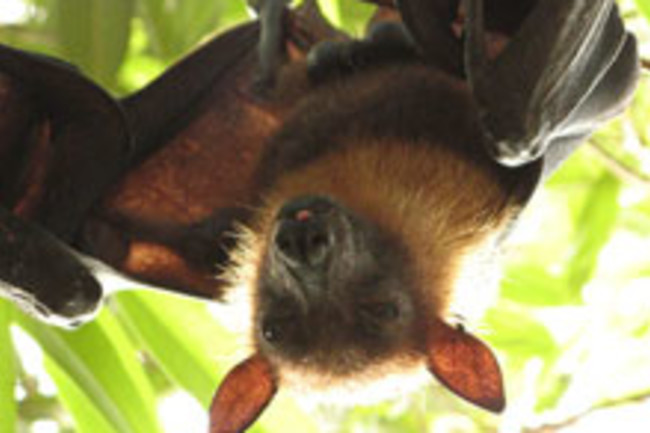 Bringing up a fruit bat's oral sex habits with a colleague you don't know very well may not be the best idea--but according to an Irish court, it doesn't quite merit the extreme sanctions associated with more flagrant sexual harassment. Back in May, Discoblog brought you news that a biology professor in Ireland was being charged with harassment by a female colleague after he read from and discussed a racy new paper about fruit bat fellatio. The biologist, Dale Evans, was ordered to attend two years of counseling to correct his attitudes and behavior, and was told that he would be monitored for those two years. But Evans claimed that he'd simply thought the paper was hilarious, had shown it to numerous people that day, and had zero intention of causing offense to his colleague, Rossana Salerno Kennedy. Now ScienceInsider gives us the update:

Evans challenged the ruling, and a judge has now ruled in favor of him, which means that he won't have to do the counseling. The university's sanctions on him were "grossly disproportionate," the judge said. "I won my battle," Evans tells ScienceInsider.

The High Court judge said that Evans should have received a verbal warning rather than the counseling and monitoring. Evans wasn't vindicated completely, though. As the Irish Times reports

The judge refused to grant orders overturning findings of an external investigation that, while Dr Evans had no intention to offend in showing the paper to his colleague, the incident fell within the definition of sexual harassment under UCC’s “Duty of Respect and Right to Dignity” policy.