Thanks to carbon dating, scientists have determined that the myth-inspiring animal may have lived among early humans. 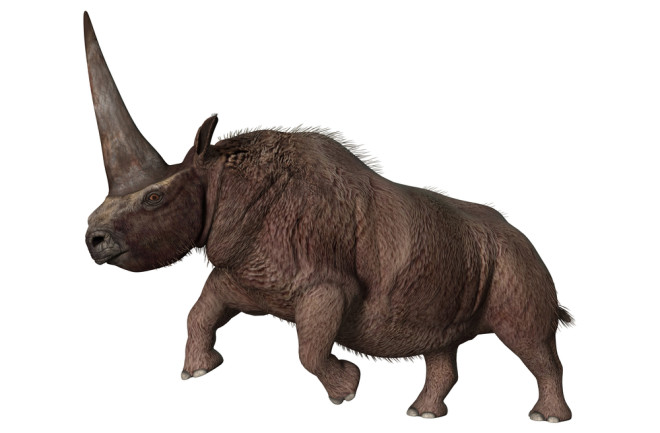 A rendering of the Siberian unicorn. (Credit: Valentyna Chukhlyebova/Shutterstock)

When most people think of unicorns, they imagine mythological medieval horses with a horn protruding from their heads. They might also consider the Chinese conception of unicorns, chimeric entities that represent wealth and prosperity. Or perhaps they envision the Greek interpretation based on Persian depictions of the majestic beast. Cultural variations aside, one thing’s for sure: Many of us likely doubt unicorns ever existed, and cast them aside to the yellowed pages of allegory and fairy tales.

But the unicorn was real, in a sense — just not in the ways it's commonly depicted. In the past few years, scientific research has helped us learn more about this Ice Age giant, Elasmotherium sibiricum, that may have inspired our tall tales.

As it turns out, E. sibiricum (also known as the Siberian unicorn) actually shared a common ancestor with a group that includes today’s rhinoceros. And although no horns have been discovered, analysis of the unicorn’s skull shows a massive base where a horn would sit.

Contemporary rhinos weigh anywhere from 1,500 to 3,000 pounds in adulthood. The Siberian unicorn was far more massive, and may have measured up to two times that size. While rhinos are grazing animals that move at a slow pace, their Siberian relative had a shoulder hump, which indicated they could run long distances in open landscapes. Its distribution ranged from Kazakhstan and Siberia to Ukraine and southwest Russia.

Based on fossils found in Siberia, archaeologists initially dated the extinction of E. sibiricum — the scientific name of the real unicorn — to 350,000 years ago

That figure shifted significantly in 2018, when researchers determined E. sibricum may have survived up to roughly 35,000 years ago, according to a study published in Nature Ecology & Evolution. This suggests they lived among Neanderthals and modern humans, and could help explain the fantasy-filled unicorn stories we're familiar with today.

Also in 2018, scientists who carbon-dated and tested 23 fossils to learn more about the unicorn demonstrated that it split genetically from the modern rhino during the Eocene, which began around 56 million years ago. During this era, many modern animals made their first appearances — among giant “terror birds” and hoofed animals called condylarths. Humans began their first migrations to the area around that time, as well.

What remains unclear: the specifics behind the Siberian unicorn’s extinction. While researchers won’t rule out the possibility of human-spurred extinction via overhunting, the evidence points to shifts in climate that occurred at the time. Because the unicorn was poised to eat grass, and only grass, it possibly couldn’t survive the cold winters that eliminated the animal’s sole source of calories.

Around 43 million years ago during the Eocene epoch, E. sibricum likely split from modern rhinos in the course of evolution. Research suggests the unicorn was a chronospecies of modern rhinos: Chronospecies evolve from another species with slightly divergent characteristics over a long period of time.

As this divergence occurred, the environment may not have been suitable for the survival of the Siberian unicorn and drove the beast to pseudoextinction. This process occurs when one species survives an extinction in an evolved form — hence, the modern rhino.