Sea-level rise predictions and flooding statistics show which UNESCO sites might be submerged by 2100. 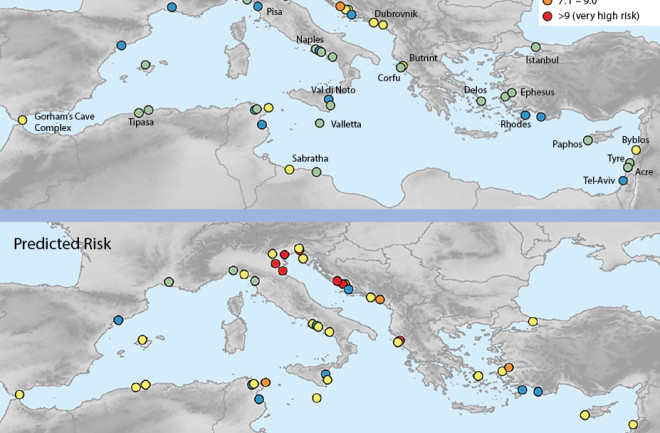 We already know flooding during extreme weather events, made worse by rising sea levels, threatens coastal communities and ecosystems globally. Now, a team of European researchers has brought another target to our attention: the UNESCO World Heritage sites that dot the Mediterranean coast. In a recent paper published in Nature Communications, the team estimated how likely these sites — including the ancient Greek city of Ephesus and the Bahá’í Holy Places in Israel — will be submerged in the future.

Using sea-level rise predictions and flooding statistics from the Mediterranean Coastal Database, they calculated what that risk looks like today and what it might be in 2100. The team found that 37 of the 49 Mediterranean sites are already in danger of experiencing a flood event; this risk will increase to 40 sites by 2100.

But these events don’t threaten all sites equally. When determining risk, researchers considered how much of the site might flood, plus the likely depth of water. This map shows the current and future flood risk index (the numbers) for each site, from blue (no risk), to yellow (moderate), to red (very high).