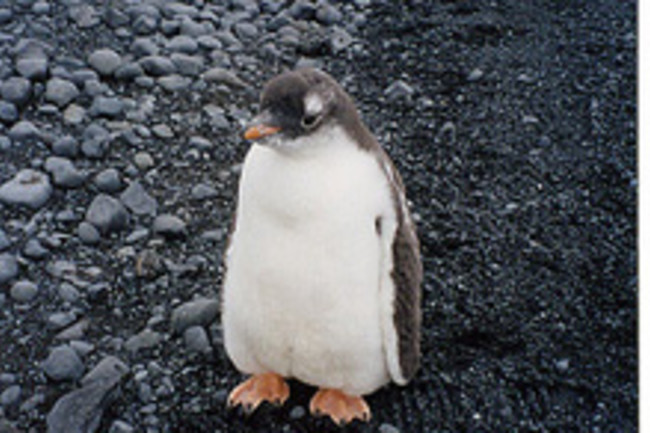 Workers taking a biological census have just completed their first 10-year count of marine organisms living near the North and South poles, and they found more inhabitants than anyone expected. They found some 13,000 kinds of animals living at one pole or the other, or, in a surprising number of cases, at both" [Science News]. The Census of Marine Life began the project in 2000 and involves thousands of researchers worldwide, hundreds of whom participated in more than a dozen expeditions to both poles. The complete report will be issued next year, but a summary of findings has just been released and reports about 7,500 species in the Antarctic region and 5,500 in the Arctic. The poles were found to share 235 species, although further DNA testing is being conducted to confirm that they are identical, and that they do not just look alike. Among the "bi-polar" organisms are worms, crustaceans, and birds, as well as great whales, which after centuries of whaling … had been thought to remain only in the North Pacific and along the west coast of North America [Environment News Service]. Some of the bi-polar species identified, such as two snail-like species that have become almost as filmy as jellyfish and flutter through seawater instead of crawling, are not known from anywhere in between the poles [Science News]. The objective of the census, based in Washington, D.C., was to establish the first benchmarks of marine biodiversity against which change may be measured.... Rob Nicoll with WWF-Australia said, "In particular, the research shows [Antarctica] is an evolutionary garden for octopus, sea spiders and other bizarre deep sea creatures." The polar oceans are "effective safe havens for species that arrive by chance," said Nicholl, and they have been an "engine of evolution offering the right ingredients of isolation and a wide range of habitats" [Environment News Service]. He added, however, that the census will simply turn into a list of endangered species if threats facing them are not mitigated, including oil spills and illegal fishing, in addition to ocean acidification and rising temperatures from climate change. Related Content: DISCOVER: 23. Acid Rain Intensifies Threat To Marine Life 80beats: Antarctica Is Definitely Feeling the Heat From Global Warming