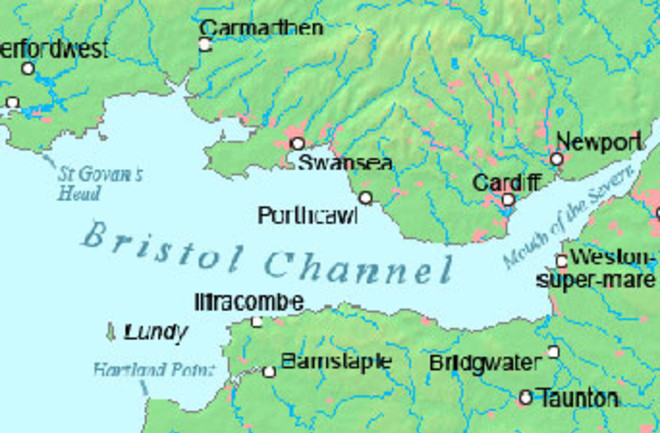 The British government announced yesterday that it's scrapping a huge and controversial tidal power project that would have cost up to $48 billion to build, and could have provided clean energy for up to 5 percent of the United Kingdom. It was just too expensive, the government said.

“Other low-carbon options represent a better deal for taxpayers and consumers,” Chris Huhne, secretary of state for energy, said today in a written statement to Parliament in London. The decision, along with separate moves to spur nuclear power, mark out the government’s strategy to replace a quarter of the nation’s electric power stations by 2020. [BusinessWeek]

The project called for harnessing the tidal energy of the Severn, Britain's longest river, where the river meets the ocean. The Severn estuary has the second largest tidal range in the world (after Canada's Bay of Fundy), making it seem a natural fit for tidal power

. But the project stalled as objections were raised to the five leading proposals. Three options called for enormous dams, or barrages, to be built across the waterway, which environmental groups objected to. Those environmental groups, including Friends of the Earth and a birding group, greeted the news of the project's cancellation with delight.

Derek Moore, chairman of the Welsh Ornithological Society, said: “The Severn Estuary is a national treasure that had been jeopardised by plans for a permanent barrage. The mudflats are a vital service station for tens of thousands of birds on an aerial highway running from the Arctic to Africa. The Cardiff-Weston barrage proposal would have wiped much of this international refuelling station from the map. Tackling climate change needs action right now to limit its impact on Wales’ birds and people, but solutions must protect our habitats, not wreck them.” [Wales Online]

from the Department of Energy and Climate Change doesn't rule out resuscitating the project at a later date, and argues that the Severn estuary is a valuable resource. And some observers note that although the flagship tidal project has been shelved, the United Kingdom is still interested in tidal power, and is pushing ahead with smaller projects.

Related Content: 80beats: Scotland Aims to Be the “Saudi Arabia of Marine Energy” With Tide and Wave Power

80beats: Small Underwater Currents Could Be the Next Big Thing in Alternative Energy