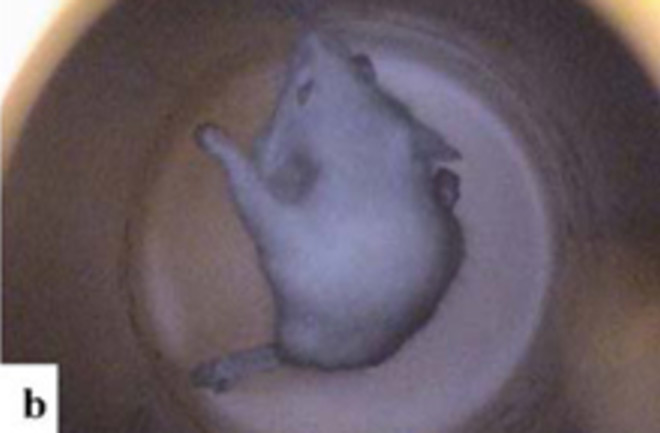 In an experiment that might be classified more as a cool party trick than a scientific breakthrough, researchers levitated a mouse using a powerful superconducting magnet. Other scientists have previously levitated frogs and bugs using the same technique, but the floating mouse was the first mammal to have the honor. The trick works because the magnet generates a strong magnetic field, and because the water in the mouse's body is weakly diamagnetic--it generates a magnetic field of its own that pushes back against the external field. Since the researchers had a strong enough magnet, the repulsive force generated by the water in each mouse cell combined to make its whole body float. The researchers used a tiny three-week-old mouse that was only as heavy as a stack of four pennies. When the scientists levitated the youngster it

appeared agitated and disoriented, seemingly trying to hold on to something. "It actually kicked around and started to spin, and without friction, it could spin faster and faster, and we think that made it even more disoriented," said researcher Yuanming Liu.... They decided to mildly sedate the next mouse they levitated, which seemed content with floating [LiveScience].

The technique will be a boon for space research, the scientists say.

"We're trying to see what kind of physiological impact is due to prolonged microgravity, and also what kind of countermeasures might work against it for astronauts," Liu said. "If we can contribute to the future human exploration of space, that would be very exciting" [LiveScience].