To work out why fish swim together, tempt a predator with virtual prey 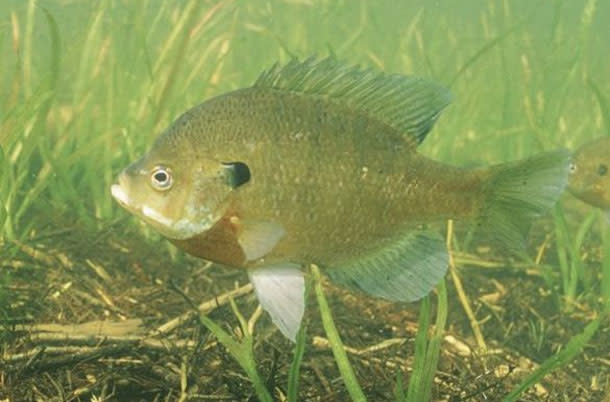 Since as long as I can remember, nature documentaries and textbooks have said that flocking birds and shoaling fish gather in large coordinated groups to protect themselves from predators. That explanation makes complete sense. After all, many eyes can spot danger more easily, and many bodies can confuse the senses of hunters. But common sense often leads us astray in biology, and very few people have checked to see if collective motion does offer safety from predators. Christos Ioannou is one of the first. By allowing a predatory fish to hunt virtual prey, whose movements he could precisely control, Ioannou showed that coordinated groups are, indeed, less likely to be attacked. So far, so obvious, but Ioannou’s results have a fascinating implication: predators can trigger the evolution of collective movements, even if their prey can’t see them. While we often think of flocking and shoaling as a responseto a hunter’s advances, that response doesn’t have to be a deliberate one. Threatened prey could evolve to move as one even without any knowledge of the threat they face. Ioannou currently works at the University of Bristol but he did his fish experiments in the lab of Iain Couzin. Couzin and others have used computer simulations to reproduce the complicated movements of real animal groups. Their virtual flocks and shoals can duplicate the mesmeric movements of starlings or sardines using deceptively simple rules, such as “stick close to immediate neighbours” or “point in the same direction”. These simulations can tell us how animals move together, but not why. To discover that, Ioannou and Couzin needed an audience for their virtual shoals. They chose the bluegill sunfish, a broad-flanked North American species that hunts smaller animals in lakes and rivers. They released individual bluegills into tanks, where 16 prey – actually just reddish dots – had been projected onto the far wall. Each dot behaved independently, and varied as to how close it stayed to its neighbours, and how closely it matched their direction of movements. Some formed coordinated groups, others just bunched together, and others moved randomly on their own. The dots looked a little like the water fleas that young bluegills eat, and the fish attacked them willingly. As they launched their initial strikes, Ioannou and Couzin analysed which dot they targeted. They also compared these attacks to those launched by a virtual bluegill, that attacked at random. They found that the real bluegills had clear preferences for the ‘prey’, depending on how they moved. The dots that stayed reasonably close to each other, while matching each other’s directions were least likely to be attacked. Safety, it seemed, lay in a balance between attraction and alignment, and not too much of either. Ioannou and Couzin found that attraction matters because it leads to larger groups, and larger groups are more confusing to predators. When the bluegills were faced with larger groups of ‘prey’, they spent more time hovering in place, and deciding where to launch their attack. If the prey weren’t attracted to their neighbours at all, they often floated alone, but if they were too attracted, they formed dense swarms that barely moved anywhere. There was a happy medium. The same was true of alignment. If the dots were attracted to each other but only weakly aligned, the group as a whole moved very slowly. They spent more time near the boundaries of the display, and were more frequently attacked. That’s because bluegills hunt their prey in dense vegetation, and they’ve adapted to spot prey as they move from visible to hidden stretches of water. If the dots were weakly aligned, they spent more time in these danger zones. But if they were too aligned, their movements became too straight and predictable, and individuals would find themselves at the edges of groups where they were more easily and frequently attacked. Again, there was a happy medium. None of this depends on the reactions of the prey. The bluegill selectively targets fish that move in a certain way, so the survivors will tend to be those with the right balance of attraction and alignment. Coordinated movements should evolve without the prey ever needing to see or react to the predator. Already, all of this is old news. The results have only just been published, but Couzin says, “We have taken this technology much, much further.” He can now project the prey anywhere in the volume of the tank rather than only on one wall, and track the eyes of the bluegill to make the “prey” react to its gaze. “We can reconstruct a real 3D scene where the prey can float in the tank with the predator – and also they can now respond to the motion of the predator in real time,” he says. “We are also working on photorealistic virtual fish so we can simulate inter-fish interactions.” Reference: Ioannou, Guttal & Couzin. 2012. Predatory Fish Select for Coordinated Collective Motion in Virtual Prey. Science. http://dx.doi.org/10.1126/science.1218919More from Couzin’s group: