This Fish Has Seen the Enemy, and It Is Him 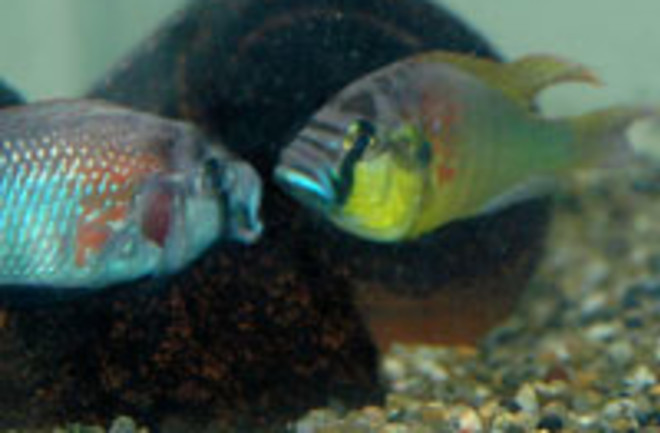 Male cichlid fish apparently don't like what they see in the mirror--in fact, they dislike their own reflections even more than enemy fish, according to new research published in Biology Letters. Wired writes:

"[The] fish readily attack other males as well as mirror images of themselves, posturing and lunging with the same aggression... the reflection-fighting males show heightened activity in [the amygdala,] a part of the brain associated with fear and other negative reactions in vertebrates, [Stanford University researchers] have found. Tangling with a real male doesn’t stir up that response."

The researchers emphasized that the study doesn't mean fish recognize themselves in the mirror. And although the fishes' reactions to their reflections are negative, they are not necessarily "fearful" in the human sense of the word. Still, the research could change the way studies are constructed, in which mirrors are used to investigate psychological phenomena separate from self-recognition.

"Researchers may want to show a fish or other creature another of the same size and species, for example. If animals are sensing that something is off about the mirror, “I think mirrors need to be used with caution,” [lead author Julie K.] Desjardin says."

Tangling with a real male doesn’t stir up that response