These Spiders Sailed Completely Around the World 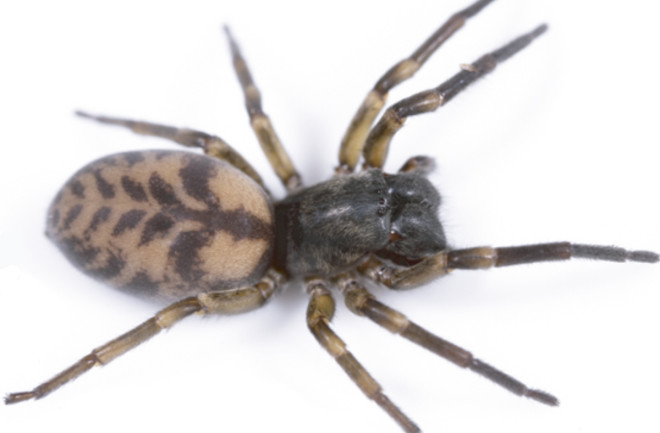 A spider of the genus Amaurobioides. (Credit: Ceccarelli et. al/PLOS ONE) Millions of years ago, a species of small spiders took to the high seas and conquered the globe. Well, conquered may not quite be the right word, but spiders of the genus Amaurobioides did manage to completely circumnavigate the globe, spanning vast oceans and leapfrogging across continents, long before human explorers attempted the feat. Using a genetic analysis of the spiders evolutionary tree, researchers from Argentina, Africa, Australia and the U.S. determined that the species set out from South America during the Miocene Epoch, sailing first to Africa and then Australia before bringing their journey full circle in Chile. All told, the researchers estimate the trip took them around 8 million years.

Turning Back the Clock

The researchers sequenced the genomes of 45 Amaurobioides specimens and 60 related spider species to work backward along the phylogenetic tree and identify their last common ancestor. Using a "molecular clock" that estimates the rate of mutations in the genome, the researchers determined when each species of Amaurobioides split off from the main branch. Each continent contains its own unique species, so determining when they each diverged indicated when a new population of spiders colonized fresh territory. They published their research in PLOS ONE. Their findings clear up a mystery surrounding the spiders' wide dispersal. Researchers previously thought that the coastal-dwelling spiders could have simply been split up by the gradual separation of the continents that began during the Jurassic Period 180 million years ago. A supercontinent known as Gondwana split into South America, Africa, Australia and other landmasses, and many of the plants and animals living there were carried off with the continents. Indeed, it is partially by studying the dispersal of plants across the world that we know what Gondwana looked like.

By pinpointing the evolutionary split of Amaurobioides to the Miocene, no more than 10 million years ago and well after Gondwana broke up, the researchers prove that the spiders were no passive participants in their dispersal. Instead, their ancestors struck out, likely on floating mats of algae and other debris, and were carried by the Antarctic Circumpolar Current eastward. The spiders can survive for months without food, the researchers report, meaning that they would have had the endurance to survive the journey. They first hit Africa, where modern-day members of their genus appeared, and then ventured onto the seas again, reaching Australia and New Zealand. From there, they closed the vast circle they drew around the globe by coming back to South America, looking slightly different, but no worse for wear.

A figure from the study showing how the spiders migrated. (Credit: Ceccarelli et. al./PLOS ONE) The seafaring ways of Amaurobioides separate them from other species of spider, which largely prefer to travel by air. By creating a balloon-shaped structure out of their ultra-light thread, juvenile spiders of different species get carried away by the wind, floating sometimes for over a hundred miles. That's nowhere near enough to hop continents however, making the Amaurobioides practice of rafting a better method to cover lots of territory. The idea of hitching a ride on floating sea debris isn't unique to spiders either. Various species of reptiles are thought to have spread to islands and continents via flotsam and jetsam, and more modern-day travelers have been sneaking aboard floating pieces of plastic debris covered in barnacles on the ocean and traveling across continents.