The Transplanted Forest: A Bold Experiment in Preemptive Climate Adaptation

With global temperatures rising, British Columbia is taking aggressive action to protect one of its most valuable natural resources—timber forests—from shifting climate zones. 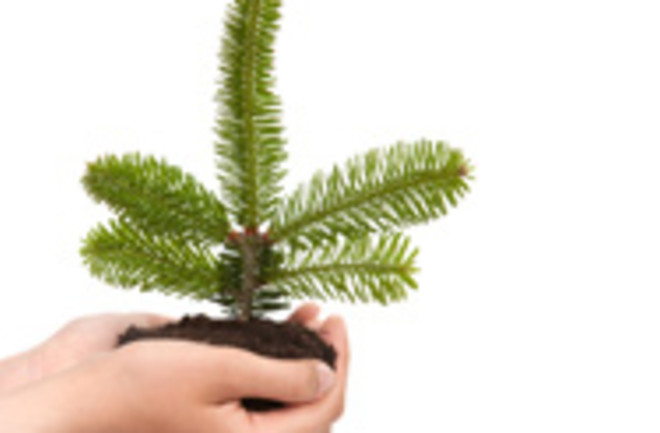 Last year wood and paper products made up nearly a third of British Columbia's total exports and brought in about $9 billion. Leaving nothing to chance, the government is now embarking on the largest assisted-migration project in history by moving some 250,000 larch seedlings up to 200 miles outside the species’ native range. The hope is that even if its old territory eventually becomes inhospitable, as experts predict it will, the larch and other trees will thrive in their new homes, and so will British Columbia’s economy.

The move comes as climatic changes are exacerbating threats to forests in the region. Over the past decade, mountain pine beetles, boosted by mild winters, have devastated tens of millions of acres of forest across the American and Canadian West, and summer droughts have destroyed many more. A report by the Canadian government predicts that in the future, such droughts will become longer and more frequent. A recent study reported that across the Pacific Northwest, tree mortality has quadrupled since the 1970s; 1.3 percent of trees in old-growth forests die each year.

The decision to relocate the larch species follows five years of research by the Future Forest Ecosystems Initiative, founded by British Columbia’s chief forester, Jim Snetsinger, to determine how forestry managers should respond to global warming. Ecologists concluded that predicted changes, such as drier summers, would gradually push the tree’s range northwest and up hillsides, where soils should remain slightly cooler and more moist. Snetsinger and colleagues selected the western larch, a well-studied timber species, to test whether speeding up that transition could reduce tree mortality. Assisted migration is not without risk: The trees could displace existing species or take poorly to their new environment. Snetsinger will monitor the larch’s progress over the coming decades. Meanwhile the forest ministry has already begun planting smaller batches of 15 other timber species beyond their native turf to find out which ones will perform best in a changing climate.