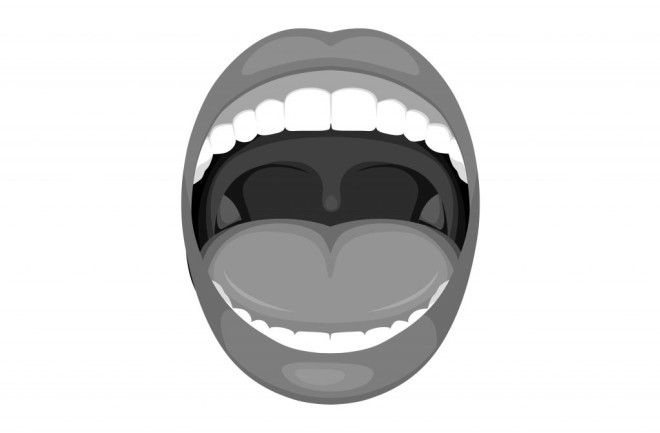 Around the world, humans communicate with each other using nearly 7,000 distinct languages. But despite how different languages like English and Chinese are for example, we all use the same basic anatomy to talk. Our lips, tongues and the bones inside our mouths allow humans to make the noises of language.

Now researchers have found that differences in the shape of the roof of the mouth influence how we pronounce vowel sounds. And the team says that these minute variations in sound get amplified as language learning passes from generation to generation. The findings mean that anatomy influences the sounds of speech and in so doing, the evolution of language.

“Even small variations in the shape of our vocal tract may affect the way we speak, and this may even be amplified — across generations — to the level of differences between dialects and languages,” study author Dan Dediu, a linguistics expert in France at Lumière University Lyon 2, said in a media release. “Thus, biology matters!”

To find out how the shape of the mouth influences language production, Dediu and his team recruited more than 100 people from a handful of broad ethnolinguistic groups: North Indian, South Indian, Chinese and European and North American of European descent. Then the scientists took MRI scans of the participants’ hard palate, the bony roof of the mouth.

The team used the scans in computer models and trained an agent with machine learning to produce five vowel sounds common across languages: the “e” sound in “beet,” the “a” sound in “bat,” the “u” sound in “boot,” the “ah” sound in “hot,” and the “uh” sound in “sofa. To model how language evolves over time, the researchers had a second generation try to learn the sounds from the first one. Then they repeated this process for 50 generations.

The analysis revealed the shape of the roof of the mouth affects how people pronounce vowel sounds, but only to a slight degree. Yet all the vowel sounds changed across generations. Over 50 generations, the transmission of sounds amplified the slight differences of the hard palate the team reported Monday in the journal Nature Human Behavior.

The discovery suggests that, “besides culture and environment, quantitative biological variation can be amplified, also influencing language,” the researchers write.

Nanyang Technological University linguistics expert and co-author of the study Scott Moisik concludes in the press release: “While we are all humans and fundamentally the same, we are also unique individuals, and one can really hear it”.