The Origins of Lullabies

Lullabies may have come about as a hands-free way for our ancestors to soothe their young. 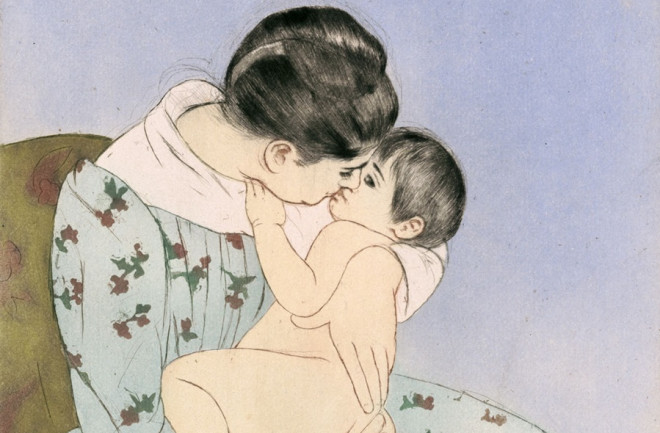 We are at our cutest as infants. We’re most helpless then, too. But every infant has a help button: Cry, and most likely any adult within earshot will rush over to hold and soothe them with a gentle song.

Other primate species, including chimpanzees and macaques, also cradle and carry their fussy young. But human caregivers do something extra. “We added the singing,” says psychologist Sandra Trehub, professor emeritus at University of Toronto Mississauga.

No one knows when parents first sang to infants, but the practice is ancient and universal. “There seems to be evidence of singing to infants throughout recorded history,” says Trehub, who has studied musicality in infants and children for decades. All human cultures perform songs specifically for babies — so-called “infant-directed songs.” Simpler, slower and repetitive, these lullabies seem to soothe distressed infants better than other song types.

But how — and why — did humans create infant-directed songs? In January, Harvard University evolutionary psychologist Max Krasnow and grad student Samuel Mehr published the first formal theory on the origins of lullabies in Evolution and Human Behavior. The songs, the researchers say, may have been the result of parents and infants clashing over a precious resource: parental attention.

“From a genetic perspective, parents and infants don’t have the same interests,” Krasnow says. “Infants want more of all resources than parents are willing to give.”

In broad strokes, Krasnow and Mehr’s new theory fleshes out the field’s general consensus about how lullabies may have originated. Shannon de l’Etoile, a professor of music therapy at the University of Miami’s Frost School of Music, cites a theory that infant-directed songs evolved out of the need for “hands-free parenting.”

“Think about the period when early humans became bipedal,” says de l’Etoile. “That coincided with the pelvis narrowing, to allow walking upright, which limited the size of the infant at time of birth — all humans are born in a certain state of prematurity. We’re not like, say, horses, which are up and walking after a couple minutes.”

Our inherent vulnerability as infants means human babies need an extended period of hands-on care, explains de l’Etoile, who studies infant-directed song but was not involved in Krasnow and Mehr’s research. She adds: “At the same time, the baby is growing at an exponential rate. There comes a time when it’s too big to carry all the time but still needs care. But the mom also needed to move around, to get water, prepare food.”

Singing allowed the mother, the traditional caregiver, to put the infant down while still reassuring the child.

While not contradicting this take on the origins of lullabies, Krasnow and Mehr propose a darker element to the evolution.

“The parent-infant relationship is not all cupcakes and sunshine,” says Mehr. “There is a lot of conflict.”

Krasnow and Mehr believe the tug of war between an infant seeking as much attention as possible and the caregiver dividing attention among other offspring and tasks crucial for survival may have set the stage for an evolutionary arms race.

The competition begins simply enough: The infant makes a demand for attention, and the parent seeks to provide enough to satisfy the infant. But how does the parent express that attention hands-free, and how can the infant assess the quality of the attention received? Through vocalizations, according to Krasnow and Mehr’s theory.

“Attention is invisible. You need an honest signal of its quality,” says Krasnow. “That’s where singing comes in. I can’t be singing to you while I’m running away from a predator, or while I’m just having a conversation with someone else. Even turning the head affects the quality of the voice. An infant can gauge where the parent’s attention is oriented. These are things that can’t be faked.”

And infants are very attentive to that particular signal, other researchers have found. For example, over the past several years de l’Etoile has studied infants’ response to lullabies. In multiple studies, they were exposed to a range of stimuli, including either their mother or a stranger singing to them. In all cases, “all the infants were very attentive to all the singers. The infant-directed song was what was attracting attention,” says de l’Etoile.

Krasnow and Mehr stress that their research is theoretical. It lays out a possible route from general calls between individuals keeping in touch when out of sight, to specific, more complex vocalizations with infants, and eventually into lullabies. “Our theory on its own cannot predict that we are going to get a ‘Rock-a-Bye Baby,’ ” says Mehr, “but it points us in that direction.”

Not everyone is singing Mehr and Krasnow’s tune.

Trehub doubts that the need to soothe infants pushed vocalizations to evolve into lullabies. Humans use various means to calm infants: Rocking and carrying on their own, for example, can lull an infant to sleep. “Songs are not a unique solution for soothing infants,” Trehub says, which makes creating a solely evolutionary basis for them problematic.

For Krasnow and Mehr, the promise of their new paper is not the theory itself — it’s that they have developed a number of ways to test its validity. The team is already conducting studies with children and adults who have genetic conditions that may alter the normal response to hearing lullabies. They’re also planning additional research with infants. These follow-up studies will test different aspects of their evolutionary theory for infant-directed song, potentially resolving not only its origins, but also the very roots of music in general.

“What we know so far is that parents singing to infants is a human universal,” says Krasnow. “That’s a shock when you think of how different cultures can be. It suggests to us that there is something deeper and more functional going on.”