The Mummification Process: How Ancient Egyptians Preserved Bodies for the Afterlife 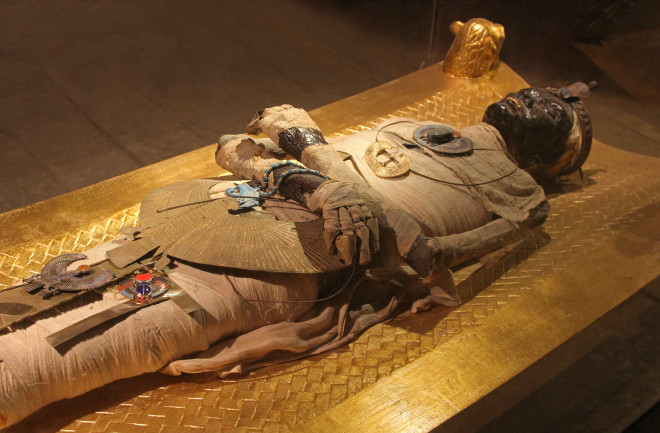 Preserving a dead body was a widespread practice, common to many societies of the past. Perhaps the most well-known rituals belong to the ancient Egyptians, who kept corpses intact through a process called mummification. In fact, the procedure was so successful that we still can view the mummified body of an Egyptian today, over 3,000 years after their death, and get a good picture of what they looked like.

Why Preserve the Body?

Ancient Egyptians loved life and believed in immortality. This motivated them to make early plans for their death. While this may seem contradictory, for Egyptians, it made perfect sense: They believed that life would continue after death and that they would still need their physical bodies. Thus, preserving bodies in as lifelike a way as possible was the goal of mummification, and essential to the continuation of life.

The Egyptians believed that the mummified body housed one's soul or spirit. If the body was destroyed, the spirit could be lost and not make its entrance into the afterlife. This is also why tomb preparation was a crucial ritual in Egyptian society. This process began long before a person’s death, and involved the storage of items that one may need in the afterlife, such as furniture, clothing, food and valuables.

Though the practice of mummification began in Egypt around 2600 B.C., only pharaohs were initially entitled to the process. These attitudes slowly shifted around 2000 B.C., when commoners were also granted access to the afterworld as long as their body was mummified, and their valuables were placed into the tomb.

The Recipe for Mummies

A 2011 study on the materials used during the mummification procedure in ancient Egypt revealed that the process took 70 days. During this time, priests worked as embalmers and performed rituals and prayers in addition to treating and wrapping the body.

The general steps involved in the mummification process are as follows: First, internal body parts that could decay, such as the brain, are removed. All organs of the abdomen were also removed except for the heart, which was believed to be the center of a person’s being. The next step involved removing all the moisture from the body by covering the body with natron, a type of salt that acted as a preservative and drying agent. Wrapping up the corpse was the last step in the procedure and involved more than a hundred yards of linen, smeared over with gum.

Though these were the standard steps involved in the mummification procedure, process could vary depending on one’s class and status. Because mummification was expensive, cheaper alternatives were offered for the poor. The ancient Greek historian Herodotus described three different mummification methods based on social class that were offered by embalmers of the day.

Egyptian mummification became a lost art around the 4th century A.D., as Rome ruled over Egypt and Christianity was on the rise. But because Egyptians were masters at preserving the dead, mummies have provided us with a glimpse into the rich culture and traditions of this ancient civilization.

But that's not to say corpse preservation is, well, dead. Mummification wasn't limited to Eqypt, and, in some ways, the tradition also has transcended time. Modern-day people in Papua New Guinea still mummify the deceased. Beyond that, funeral homes in the West often embalm dead bodies to slow decomposition and allow time for ceremonies to take place. Even anatomical laboratories are known to use techniques that preserve bodies for medical purposes and education.