The Man Who Coined 'Biological Diversity' Tries to Save It

Thomas Lovejoy argues that it's not too late to restore threatened ecosystems. 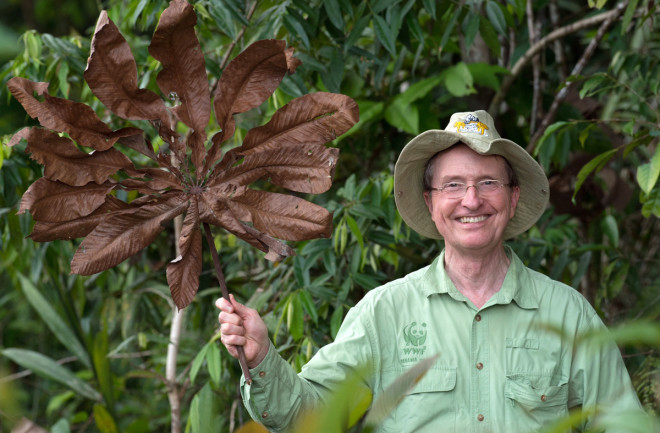 Thomas Lovejoy has spent decades studying ecology and biodiversity, including several years examining the fragmentation of the rainforest in Manaus in the Brazilian Amazon, where he recently returned. Slobodan Randjelovic

For the past half-century, Thomas Lovejoy has studied “the shimmering variety of life on Earth” in the Amazon rainforest. The 74-year-old tropical biologist, who teaches at George Mason University, coined the term biological diversity in 1980 to refer to the millions of different species that comprise life on Earth, of which scientists have documented perhaps 10 percent. Unfortunately, countless organisms will vanish before we ever discover them, let alone investigate their potential benefits in fields like medicine, agriculture and genetics. But if we work now to restore ecosystems, Lovejoy argues, we can avoid the worst of these losses — and slow down climate change, too.

Discover: Scientists say we face the largest mass extinction since the disappearance of the dinosaurs. You have pointed out that it isn’t just species that are going extinct — it’s entire ecosystems. Which ones are most threatened?

Thomas Lovejoy: Most of the lowland tropical rainforests in Southeast Asia are already gone. Africa is now up for massive deforestation. We’re seeing huge die-offs in the coniferous forests in western North America, due to the parasitic pine bark beetle. Native grasslands everywhere are being replaced by farms and pastures. The list goes on.

L: Habitat destruction is probably the leading cause. Wild places are vanishing fast. A close second is the spread of invasive species. There is also pollution — the soup of toxic chemicals we live in, the fact that we have distorted the nitrogen cycle with our wasteful overuse of synthetic fertilizers. And coming up fast on the outside is climate change.

L: It’s already happening. Joshua trees are moving northward out of Joshua Tree National Park. Fish in the oceans are migrating to cooler waters. But species can move northward only so far. At a certain point, ecosystems simply disassemble, and the surviving species will reassemble into something hard to imagine.

D: You’ve called for “re-greening” the planet — namely, restoring ecosystems — to put the brake on climate change. How would that work?

L: A significant portion of the excess CO2 in the atmosphere is from centuries of destruction and degradation of ecosystems. A concerted effort to do ecosystem restoration around the world could pull about half a degree of warming out of the system before it actually happens. For example, tropical forests can be brought back on marginal agricultural land. Native species can be reintroduced to places where they’ve vanished.

D: How do you envision funding ecological restoration on a meaningful scale?

L: There simply has to be an appropriate price for carbon that reflects its actual cost in terms of the climate disruption that it creates. And if we all pay a bit more for fossil fuels — which means we are less wasteful of them — some of the revenue from that could go into these projects. I don’t think it takes a lot.

[This article originally appeared in print as "Biohazard Warning."]