The Human Brain Evolved to Believe in Gods

How belief in the supernatural makes sense in light of evolution. 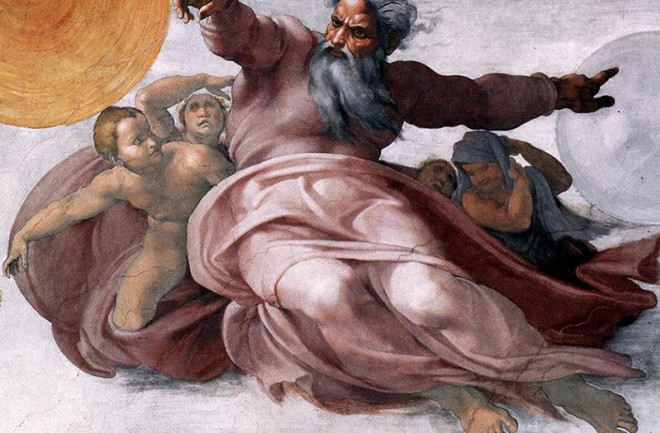 It’s natural to believe in the supernatural. Consider how many people worldwide belong to a religion: nearly 6 billion, or 84 percent of the global population, and these figures are expected to rise in the coming decades. In the U.S., surveys show 90 percent of adults believe in some higher power, spiritual force or God with a capital G. Even self-proclaimed atheists have supernatural leanings. The same study found all atheists reject God, but one-in-five accept higher powers or spiritual forces.

In short, humans are a believing bunch. And evolutionary anthropologists say that’s no miracle. The origins and ubiquity of religious beliefs can be explained by evolutionary theory.

So how does evolution explain religion?

Leading scholars propose a two-phase hypothesis (here, here): First, our ancestors evolved certain mental abilities, useful for survival and reproduction, which predisposed them to religious beliefs. Then, from the multitude of beliefs that emerged, particular religions spread and persisted because their deities and rituals promoted cooperation among practitioners.

In my next post, I’ll discuss phase two. Here, let’s review evidence for phase one, the idea that religion is an accidental by-product of cognitive capacities, evolved for other reasons.

Many mental ingredients are necessary for religion as-we-know-it. But scholars emphasize three tendencies in particular, which are pronounced in humans, but minimally expressed in other species: We seek patterns, infer intentions and learn by imitation.

These are cognitive adaptations that helped our ancestors survive. For example, it’s obviously useful to notice paw prints (a pattern) laid by a lion planning to eat you (an intention), and to deter the predator with tactics others have successfully used (imitation, at least before you could read how-to online). However, people overextend these tendencies. We also find patterns in randomness — like reading tea leaves — ascribe intentions to nonexistent beings — like blaming disasters on angry deities — and copy others even when it’s costly — like fasting and sacrifice. In this way adaptive mental abilities could have led to religious beliefs.

A grilled cheese sandwich with an image resembling the Virgin Mary sold for $28,000 on eBay in 2004. (Credit: BBC News)

The first prerequisite, pattern seeking, has obvious benefits for finding food, avoiding predators, predicting weather, etc. We constantly observe the world, trying to derive cause-and-effect relationships. And we demonstrably overdo it: wearing lucky socks to every football game, telling fortunes from palm lines, and seeing the Virgin Mary on a grilled cheese.

The next prereq, inferring intentions, is known to psychologists as Theory of Mind (ToM), the understanding that others have beliefs, desires and goals, influencing their actions. ToM allows us to have sophisticated social relationships and to predict how others will behave. You couldn’t “put yourself in someone else’s shoes” without it.

Our closest primate relative, chimpanzees show some degree of ToM. Researchers have tested this by concealing food in plain view of some chimps, but out of sight of others. Then, the scientists observed if informed apes took advantage of their peer’s ignorance to nab more snacks. Based on these experiments, chimps likely understand that others can be informed or uninformed about facts, like the location of food. But, it’s debated if apes grasp that others can be misinformed, or hold false beliefs.

Humans, on the other hand, show extreme ToM, ascribing minds to inanimate or imagined things. A classic psychology experiment showed people even do this for geometric shapes. In the study, college students interpreted a circle and two triangles moving about a screen as goal-driven, emotion-ridden characters (for a more recent version, see here).

In real life, people apply ToM to forces of nature, ancestor spirits and invisible gods. And they seem to think about these supernatural actors the same way they conceive of fellow humans: fMRI studies have found ToM-related regions of the brain activate when people hear statements about God’s emotions and involvement in worldly affairs.

Finally, our natural tendency to over-imitate predisposes us to adopt religious practices. Rather than relying on experience and trial-and-error, humans learn most behaviors and skills from other people. Our success depends on so much cultural knowledge, accumulated over many generations, that figuring things out alone is impossible. Moreover, some of this knowledge contradicts what you would assume from personal observations or intuition.

For instance, many cultures have developed methods to make toxic plants edible (like Aboriginal Australians processing poisonous seeds of cycad plants). They’ve passed on these ritualized techniques, without necessarily understanding why the complicated, time-consuming steps are needed. But skipping seemingly unnecessary steps would lead to gradual poisoning. Thus, copying others, even when the reasons are unapparent, can benefit survival. This mentality gets extended to religious practices; if prestigious members of your community sacrificed deer every solstice, you probably would too.

Our propensity to over-imitate is well demonstrated by experiments comparing the problem-solving strategies of human kids and chimps. Researchers performed a series of unnecessary steps to release a prize from a box with a trap door. Kids diligently repeated every step, whereas chimps skipped to the final one, the only action required to get the reward.

When watching the experiments, I assume the chimps were thinking, “Why are these stupid Homo sapiens wasting their time?” And by assuming that, here I am, exemplifying extreme ToM, how prone we are to infer the thoughts of others.

Evolved features of our brains, such as Theory of Mind and over-imitation, likely caused the emergence of religions in human societies. It doesn’t take supernatural beings to explain why so many people believe in them — just natural evolutionary processes.