The Evolution of 3-D 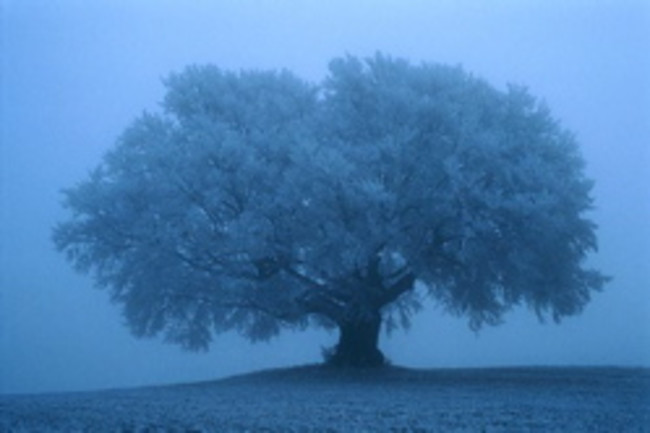 You and an oak tree have something in common: you're both big. Unlike viruses and bacteria, you and an oak tree are both made up of trillions of cells. There's something else you and an oak tree have in common: you both began as an individual cell, which then divided again and again, its daughter cells differentiating along the way to produce tissues. In your case, they turned into bone, muscle, liver, and such. In the oak's case, the cells became bark, leaf, root. You and an oak tree have a third thing in common: you evolved from single-celled ancestors. By analyzing DNA from a wide range of species, scientists have been closing in on the closest microbe relatives of plants and animals in recent years. For animals, the evidence is pointing to a protozoan called a choanoflagellate. For plants, a few lineages of green algae are emerging as the closest relatives. Once scientists find out who these relatives are, they can then tackle the puzzle of how big things evolved from small ones. How did multicellular animals evolve the genes they use to develop from ancestors that didn't grow bodies? Part of the answer, it turns out, is that at least some of the genes were already there in the single-celled ancestors. A new study takes a look at the evolution of plants. Land plants evolved from algae over 475 million years ago according to the fossil record. The earliest plants resembled today's liverworts and mosses--which, not coincidentally, belong to the oldest branching of living plants. While moss and oaks may not seem to have much in common, they share a very important trait. They each produce cells that can divide asymmetrically, forming a shoot that can rise upward. This organ, known as a meristem, allows land plants to be more than a sheet of slimy algae. They can be three-dimensional. Becoming 3-D brought many benefits to early land plants, letting them rise up out of water, for example, while reducing their surface area-to-volume ration to cut down on their water loss. In 2003 French scientists reported the discovery of body-building genes in moss. When moss develop buds, their cells use six related genes, which the scientists named BIP1 through BIP6. None of the BIP genes were active in moss cells before budding, and when BIP genes are knocked out, moss cells can't form three-dimensional structures. Canadian researchers have now looked for similar BIP genes in other species. They've found them in land plants, such as corn and cress, which supports the idea that these genes have played a crucial role in the growth of land plants since they first became three-dimensional. The scientists don't find the genes outside the land plants--except for a species of green algae, Mesostigma viride. It turns out that Mesostigma is also among the closest relatives of land plants. (The paper is in press at Molecular Biology and Evolution; you can get the pdf for free on the lead author's publications page.) Mesostigma is a humble little alga, and so it obviously doesn't use its BIP genes to grow into towering trees. Exactly what it does with the genes remains to be discovered--after all, the genes themselves have only just been discovered. But the most logical way to interpret the new findings is that the single-celled ancestors of land plants had BIP genes long before they co-opted them for growing 3-D. The scientists point out that both Mesostigma and its land plant relatives have many copies of BIP. That's a common pattern in evolution. Genes get accidentally duplicated, and natural selection sometimes favors having lots of extra copies around. As green algae first shifted from the ocean to fresh water, duplicated BIP genes may have been favored to help them adapt to their new home. Later, land plants evolved in one lineage of these green algae, and they co-opted one or more BIP genes to grow three-dimensionally. Land plants evolved still more copies of BIP for growth, and then in later lineages, some of these genes were co-opted yet again for new uses. This pattern of duplication and co-option turns up again and again, from microbes to humans. It even turns up in another small-to-big transition: the evolution of animals. Among the tools animals use to grow multicellular bodies, they need communications equipment so that neighboring cells can talk to one another and coordinate their growth. Choanoflagellates, the closest single-celled ancestors to animals, have the same genes that animals use for this cross-talk. In other words, the single-celled ancestors of animals already had some of the equipment their descendants would use to build big bodies. Just another item to add to the list of things you and an oak tree have in common. Update 2/20 3 pm: changed 475 years to 475 million years. What's a million between friends? (Thanks to Gal Haspel.)