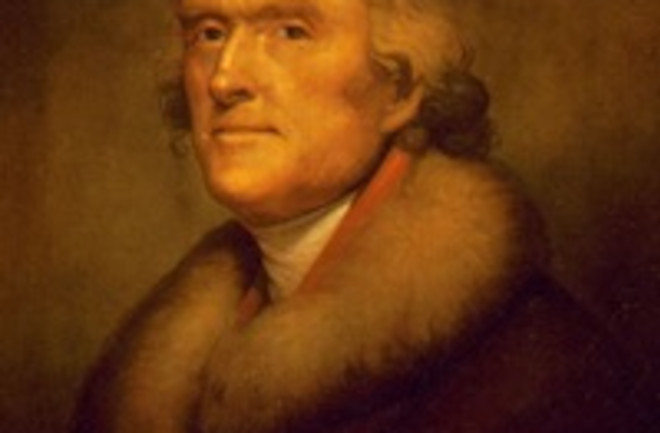 Today the Enlightenment and Thomas Jefferson were disappeared from Texas. Here's a live blog from this morning's hearings at the Texas State Board of Education. (Emphasis mine.)

9:30 – Board member Cynthia Dunbar wants to change a standard having students study the impact of Enlightenment ideas on political revolutions from 1750 to the present. She wants to drop the reference to Enlightenment ideas (replacing with “the writings of”) and to Thomas Jefferson. She adds Thomas Aquinas and others. Jefferson’s ideas, she argues, were based on other political philosophers listed in the standards. We don’t buy her argument at all. Board member Bob Craig of Lubbock points out that the curriculum writers clearly wanted to students to study Enlightenment ideas and Jefferson. Could Dunbar’s problem be that Jefferson was a Deist? The board approves the amendment, taking Thomas Jefferson OUT of the world history standards.

9:40 – We’re just picking ourselves up off the floor. The board’s far-right faction has spent months now proclaiming the importance of emphasizing America’s exceptionalism in social studies classrooms. But today they voted to remove one of the greatest of America’s Founders, Thomas Jefferson, from a standard about the influence of great political philosophers on political revolutions from 1750 to today.

his case in Texas.