The Dawn of American Plant Science Was Lost in a Botanist's Prolific Notes. You Can Help Digitize Them 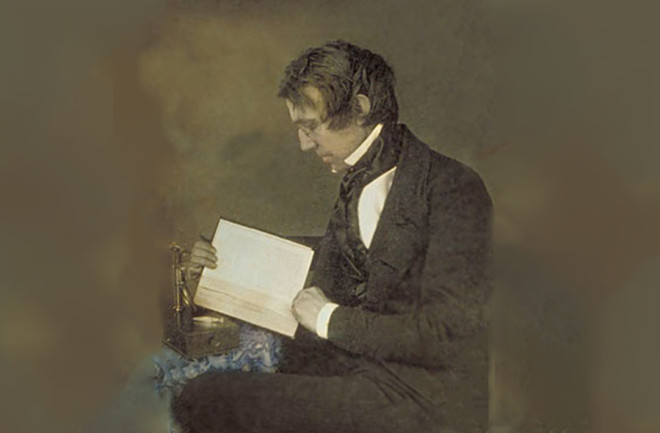 A New York Botanical Garden project called Transcribing Torrey is asking volunteers to decipher the notes and correspondence of one of the most prominent botanists of the 1800s, John Torrey.

He lived during the heyday of botany, when researchers around the world were racing to name Earth’s many unidentified species. Scientists say his extensive correspondence offers a unique window into a time when explorers were still documenting the New World.

“No greater champion of wildflowers ever lived than Dr. John Torrey, the 19th-century botanist and cataloguer of North American flora,” The New York Times wrote in 1970.

A Pioneer of American Natural Science

As a young man, Torrey took refuge from New York City by journeying to the surrounding countryside, which was still developing at the time. There, together with his friends and pupils, Torrey would marvel at and chronicle the many plant species. Eventually, they founded the Torrey Botanical Society — a fierce promoter of studying plants — which later led to the creation of the New York Botanical Garden.

Torrey received regular reports from pioneering field surveys around the country and he cultivated a global network of amateur plant collectors who'd send him potential new species to help identify and chronicle. As his prestige grew, Torrey was named state botanist for New York, served as president of scientific societies and became a founding member of the National Academy of Science. He also worked as a professor and a medical doctor, so he corresponded with people from many other fields.

All of this life is captured in his letters and notes, which total nearly 10,000 pages. After several years of work, only some 1,500 pages remain untranscribed, but the botanical garden is after new volunteer citizen scientists to help finish the task.

A portrait of John Torrey alongside his signature and a sample letter. (Credit: New York Botanical Garden.)

The Transcribing Torrey project sees these papers as a resource for studying early scientific expeditions and westward expansion, as well as the foundations of natural science in America. For modern scientists, his accounts can reveal how urbanization and climate change have altered the American landscape.

The letters can even potentially be used to find lost species. And that possibility is what excites some volunteers to contribute.

“Adding to the existing scientific catalog is the most important part for me,” says Don Recklies, a longtime volunteer with the project. “I’m making some kind of contribution that I hope will be useful somewhere down the line.”

In Search of Hidden Gems

Beyond the possibility of finding hidden gems, this project offers the opportunity to learn about terms that experts in each of these fields use, and it provides insight into the thinking of professional scientists. By reading and transcribing communications between Torrey and his colleagues, participants can see how professionals question one another, or what they deem important when taking notes.

This project also shows the value of archival research. As transcription coordinator Richard Jones explains, volunteers are helping professional researchers easily find information within Torrey’s digitized notes. Participants are investing time now for information that will be needed in the future, he says. Volunteers can work with each other, too, checking that the transcriptions they submit are accurate. Even when they don’t know if every word in their transcription is correct, they can leave comments when they are confused so that moderators or users can know where they need to refer back to.

This work doesn't just happen on computers, either. The garden hosts workshops to teach people how to transcribe, as it can be quite complicated. Torrey and his collaborators handwriting is tough to read and often includes shorthand.

Recklies has been working on the project for years and says he still often goes to lectures to ask questions about things he has struggled with online. This helps him progress in his transcriptions, but also allows for others to get assistance, too. Participants of the project themselves can end up influencing the direction of the lectures.

Samantha D’Acunto, a reference librarian at the New York Botanical Garden, explains that these projects “encourage comradery, community and friendship.” And to D’Acunto, the physical and digital spaces each provide their own benefits. Having a physical space exposes volunteers to the projects they can work on at home, creating a balance of independence and community, she says.

Jones agrees. He says you can come into the project to explore in person, then come back either physically or digitally, with the digital becoming extension of physical space.

Sylvia Kohn-Levitt is a senior at Brandeis University in Massachusetts majoring in Health: Science, Society and Policy. After graduating, she plans to pursue a career in informal STEM education.