Brood X, perhaps the largest in the country, will emerge this spring after 17 subterranean years. Here's why it takes so long for them to emerge and how they will spend their fleeting time above ground. 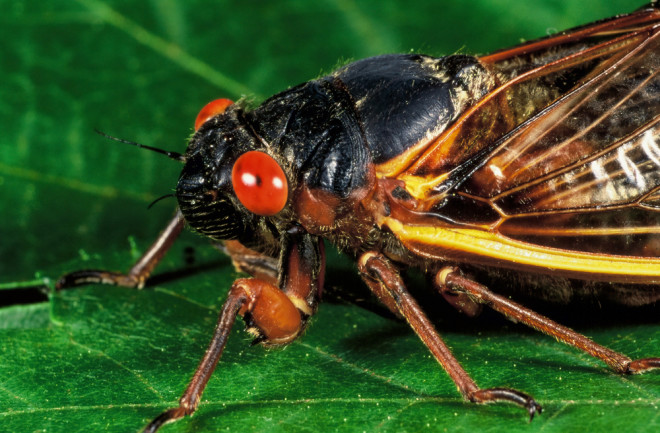 For nearly two decades, billions of cicadas have lain beneath the ground of eastern North America, feeding and fattening, waiting for the signal to rise and restart one of the most extraordinary life cycles in the animal kingdom. They are Brood X, an insect swarm of mind-boggling proportions that will soon make its first appearance since 2004.

The bugs belong to a group called “periodical cicadas,” named as such because they emerge only once every 13 or 17 years, depending on the brood. A brood, by the way, is simply a class of cicadas that happen to pop out of the ground at the same time — there are 15 in the U.S. They often consist of multiple species, all coincidentally synchronized. Brood X, or the Great Eastern Brood, spans more than a dozen states, and may be the largest among the 17-year cicadas.

From Illinois to Pennsylvania and down into Georgia, they will erupt from their burrows, a million and a half to each acre, creeping across the ground like an arthropodal lava flow. Only nymphs at this stage, they must shed their exoskeletons and sprout wings before they can fulfill the sole goal of their bizarre 17-year existence: to produce the next brood.

During that six-week process — which could begin as soon as late April in some places, whenever the soil reaches about 64 degrees Fahrenheit — they’ll make quite a racket. The summer buzz of male cicadas attracting mates is an annual phenomenon, but years with large broods are louder than others. This one ought to be deafening.

Then, as soon as the females lay their eggs inside tree branches, the hum will fade. The adults will die, their carcasses littering the woodlands, and the hatchlings will fall from the trees to establish new burrows. The cycle repeats. Like clockwork, they will lie dormant until they fill the skies and the eardrums of the eastern U.S. again in 2038.

Magic in the Air

The periodical cicadas — three 17-year and four 13-year species — in many ways baffle researchers. Amid some 3,000 species worldwide, these seven are more or less an island (though a couple isolated broods live in Fiji and Australia). Genetic testing confirms their singularity — they have no close relatives, says John Cooley, an entomologist at the University of Connecticut.

Their genus is Magicicada, which, entomological rumor has it, was named for the magic of its constituents. They spend 150,000 hours underground doing Darwin knows what, materialize seemingly out of thin air, and after six weeks of sound and fury disappear for another half of a human generation. No wonder if William T. Davis — the foremost cicada expert of his time — felt charmed when he classified them in 1925. “He wasn’t under the illusion that it was magic,” Cooley says, “but it has that magical quality to it.”

Brood X cicadas crawl on a plant during their emergence in 2004. (Credit: Greg Hume/Wikimedia Commons)

It’s all the more enchanting because scientists can’t yet account for their periodicity. There are several theories, “and they’re all dissatisfying for one reason or another,” Cooley says. One suggests that the wide intervals help cicadas thwart the biological principle of numerical response — predators become more abundant as do their prey. But if the prey appear only so often, predators must synchronize their own life cycles to take advantage of the infrequent bounty. That alone forms enough of an evolutionary hurdle to shake off some predators.

But it hasn’t escaped the notice of mathematicians that both 13 and 17 are prime numbers. Coincidence? Some think not. A cycle that is divisible by only itself and 1 won’t often overlap with predator populations that boom, say, every two or three years. That said, one fungus has evolved to target periodical cicadas, and cycles of 7, 11 or 19 years would presumably work as well.

Another theory ties their periodicity to glacial eras in the distant past. Maybe a longer interval maximized their chances of meeting with the warm conditions they require. But thousands of other species endured the ebb and flow of glaciers on an annual basis. For now, there is no clear explanation of their unique evolutionary path, Cooley says. “It must have been an interesting story,” he adds. “Too bad they can’t tell it.”

For raccoons, robins, turtles and bats, a cicada emergence of this scale is a once-in-a-lifetime buffet. They gorge until they can gorge no more, and then, full to bursting, leave the survivors in peace as they digest. The defenseless cicadas, unable to bite or sting, must resort to this brute-force strategy, known as predator satiation: They present themselves in such overwhelming numbers that even after they’ve filled every stomach around, the population is still robust enough to ensure a new generation.

A cicada from Brood X spotted in New Jersey in 2004. (Credit: Pmjacoby/Wikimedia Commons)

That’s the idea, anyway, but it can and does fail. Small pockets of cicadas occasionally emerge early or late — always by one or four years, curiously — and without sufficient ranks they’re no match for the fauna higher up the food chain.

No one is sure what causes these false starts. Cicadas track the seasonal cycles of the roots they feed on, using a mechanism that is more a counter than a continuous, time-keeping clock — once Brood X carves the 17th notch in its stick, so to speak, it knows the time has come. But the bugs sometimes miscount and fall out of sync. Some of these “stragglers,” as they’re called, will be decimated easily by predators. Others may form self-sustaining groups.

Cicada populations are not static, and cataloging their shuffling is a fuzzy business. “Nobody has caught a new brood in the act,” Cooley says, though there are a few candidates. In 1969, a sizable portion of a 17-year brood near Chicago came out four years early, and has been early ever since. Is it now an independent 13-year brood, or a perennially confused segment of the original one? And if cicadas’ internal counters rely on climatic signals, will broods increasingly fracture in the coming decades of climate change?

Many unanswered questions may benefit from improved data. “Really the only hope of sorting it out is to get very detailed information about the density of cicadas that are out in any given year,” Cooley says. To that end, entomologist Gene Kritsky of Mount St. Joseph University developed a citizen-science app called Cicada Safari, through which the public can record observations.

When not helping to document the emergence of Brood X, the residents of cicada country should “sit back and enjoy,” Cooley advises, and reflect on a simple but remarkable fact about these magical insects: “They are not coming from anywhere. They’re always here — they’re just in the ground."