The last time anyone saw the blue butterfly alive was in the 1940s. Since then, it has sparked a large insect conservation movement. 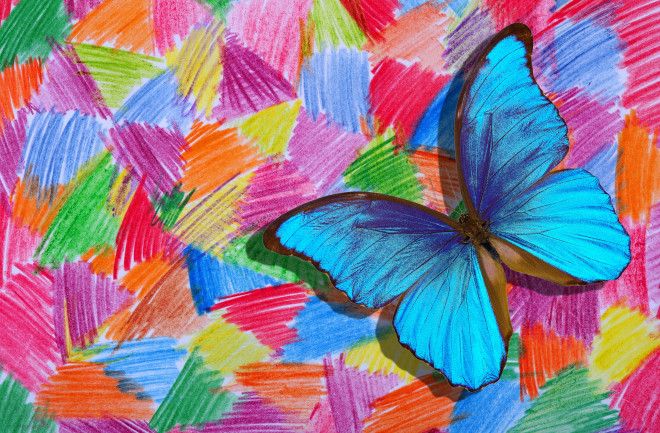 With shades ranging from azure to cyan depending on which way the light hits it, the Xerces blue (Glaucopsyche xerces) is a beautiful butterfly. The tips of its wings, covered in soft down, are outlined in black with an intricate pattern of spots on their undersides. And the core of its body — the whole thing about as wide as a AA battery — has longer white hair flecked with grey.

It was first described in 1852, but the last time anyone saw one alive was in the early 1940s. “It’s a wrong place, wrong time kind of species,” says entomologist Jaret Daniels, a curator at the Florida Museum of Natural History. “Human expansion really was the deathblow to this species.”

Now, thanks to a recent study that used DNA from preserved specimens to confirm that the Xerces blue was indeed a distinct species (rather than a subspecies or morph of the silvery blue butterfly found widely over western North America), the charismatic butterfly is the first insect to be officially declared extinct due to human activity in the United States. Its legacy lives on through the efforts of conservation organizations seeking to stop other invertebrates from reaching the same fate.

“It’s the wake-up call that maybe we do have to pay attention to the way that human actions are affecting biodiversity on this planet,” Daniels says.

A Victim of San Francisco’s Expansion

The Xerces blue — named after two ancient rulers of the Persian Empire, Xerxes I and Xerxes II — was once relatively common in a small range in the coastal sand dunes of the upper San Francisco Peninsula, including parts of what is now the Golden Gate National Recreation Area. The climate of the Bay area has a number of distinct microclimates and ecosystems that led to the evolution of specialized species; Daniels says several well-known butterfly species are endemic to it.

The Xerces blue in particular was always popular with naturalists, who captured the brilliant blue insects for their personal collections. But “today, the Florida Museum of Natural History’s McGuire Center is one of only a few U.S. institutions with specimens of the Xerces blue,” Daniels says on the museum’s website.

As San Francisco’s development ran rampant at the turn of the 20th century, it swallowed up the stabilized sandy dunes where the Xerces blue was once found. This caused a loss of the Lotus and Lupinus legume-type plants in the area, which the butterflies depended on for food and to lay eggs on. The introduction of the invasive Argentine ant, likely spread through the shipment of goods, may have also contributed to the decline of the insect by outcompeting native ant species that tended to and protected the Xerces blue’s larvae. Eventually, collectors saw the butterfly less and less — and existing butterfly collections from these decades reflect the steady decline of this once-common species, Daniels says.

By the early 1940s, the species was the first known insect species to go extinct as a result of human activity in the United States — though Daniels notes another butterfly in the area that was a little less showy, Boisduval’s Satyr (Cercyonis sthenele sthenele), went extinct in the same area in the 1880s without official recognition for decades.

The Spark of a Conservation Movement

The disappearance of the charismatic butterfly galvanized a budding insect conservation community. These conservation efforts have led to success saving some of the Xerces blue’s neighbors in the San Francisco area, such as the Bay checkerspot, still listed as threatened by the U.S. Fish and Wildlife Service. Daniels says that efforts to conserve and reintroduce the Bay checkerspot have helped stave off a similar fate as suffered by the Xerces blue.

And the Xerces Society, one of the largest invertebrate conservation organizations in the world, was christened in honor of the Xerces blue upon its founding in 1971 — roughly three decades after the extinction of the butterfly. The society still works to conserve species like the monarch butterfly through public outreach, conservation and by growing plants such as milkweed that monarchs and other butterflies depend on.

Meanwhile, an increasing number of studies showing the decline of all kinds of insects worldwide due to urban development, climate change, and light and chemical pollution have spawned from the increased attention. “Insects are really the first warning for a lot of biodiversity,” Daniels says. “They are a good model group for understanding things like climate change, habitat loss and fragmentation, light pollution and pesticide use.”

Thanks to the work of the Xerces Society and other organizations, the public is growing increasingly aware of the important role insects play in pollinating much of our food — as well as providing decomposition services and the base food supply for a huge number of birds, mammals, amphibians and reptiles. “Those things should really worry us,” Daniels says, adding that while they sometimes carry a bad reputation, “the vast majority of insects deliver positive effects for humanity.”

The USFWS lists more than 30 butterflies as threatened or endangered, and a total of close to 100 insect species altogether. But this list doesn’t come close to representing the real state of affairs, Daniels says. While butterflies like the Xerces blue and monarch get a lot of attention due to their beauty and charisma, many other insects face perils without any attention at all.