The Bat: A Long-Lived, Virus-Proof Anomaly 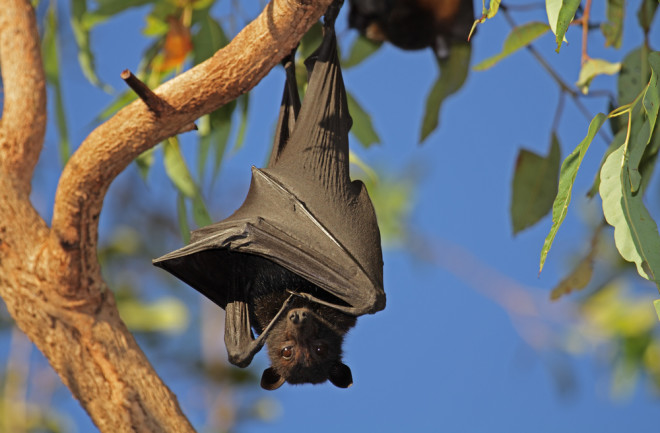 The Australian black flying-fox (Pteropus alecto) was one of the bat species whose genome was sequenced in the study. Bats are pretty impressive critters. They are notorious for carrying viruses like Ebola and SARS, but somehow avoid getting these diseases themselves. They are the only mammal that can fly, and they live far longer than other mammals their size. What's their secret? Researchers in Australia sequenced two different bat genomes and found that these unique bat characteristics are not only genetically linked, but may help in the treatment of human diseases. Flying takes a lot of energy, and the free radicals produced by burning energy are damaging to DNA. Bats, however, have evolved a suite of proteins to not only get rid of these toxins, but also detect and repair damaged DNA. This keeps the bats healthy and allows them to live longer. The surprises don't stop there. When researchers looked at bats' immune response to the viruses they carry, they found something quite novel. When mammals, including humans, die from a virus, it is usually due to an extreme immune reaction called a cytokine storm. It's the body's attempt to save itself, but it can actually do the opposite. Bats, however, are missing the genes that trigger this reaction---they don't experience a cytokine storm, allowing them to carry the viruses unharmed. Understanding how they do this may eventually allow researchers to create drugs that suppress cytokine storms in people or to develop gene therapies to prevent them. Image courtesy of EcoPrint / shutterstock