The bad news: your ice cubes are full of bacteria. The good news: we know how to kill it! 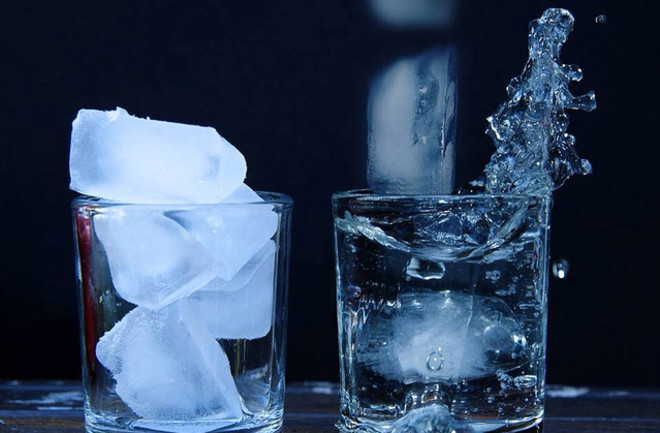 Yup, you read that right: according to this study, the ice you make in your freezer is full of bacteria, and some of it is the bad kind. Store-bought ice isn’t too bad, but you might want to be suspicious about the ice from your local watering hole. The good news is that many drinks we pour over the ice can kill those bacteria, including “alcohol, CO2, pH and antibacterial ingredients of vodka, whisky, Martini, peach tea, tonic water and coke.” I guess that makes it a carbonated peach tea with vodka for me!

Presence of pathogenic bacteria in ice cubes and evaluation of their survival in different systems.

“In this study, 60 samples of ice cubes produced at different levels (domestic, restaurant and industrial facilities), within a restricted geographical area, were investigated for their general microbiological characteristics through the analysis of populations other than enteric bacteria. Total mesophilic bacteria were in the range 1.01 × 102–9.55 × 103, 3.12 × 102–6.31 × 103 and 1.30 × 102–3.99 × 103 CFU/100 mL of thawed ice from domestic freezer (DF), stock boxes (SB) for self-production performed with ice machines in bars and pubs, and from sales packages (SP) of industrial productions, respectively. Some DF and SP samples were negative for the presence of total psychrotrophic bacteria, showing that there are no specific microbial groups associated with ice. Pseudomonads were found in the majority of ice samples analyzed. The levels of contamination of the ice samples were significantly different among the three ice cube production levels. The samples produced at domestic level and those collected from bars and pubs were characterised by the highest cell densities. The colonies representative for the different bacterial morphologies were randomly picked up from plates, purified to homogeneity and subjected to the phenotypic and genotypic characterisation. Fifty-two strains representing 31 species of eight bacterial genera were identified, with the most numerous groups included in Pseudomonas, Staphylococcus, Bacillus and Acinetobacter. A consistent percentage of the microorganisms identified from ice are known agents of human infections, and their presence indicate an environmental contamination. In order to evaluate the effectiveness of the ice cubes to transfer pathogenic agents to consumers, a bar consumption was simulated with different drink systems added with ice cubes artificially contaminated with the strains found at dominant levels (Acinetobacter lwoffii ICE100, Bacillus cereus ICE170, Pseudomonas putida ICE224 and Staphylococcus haemolyticus ICE182), and the results showed a consistent reduction of bacterial risk due to alcohol, CO2, pH and antibacterial ingredients of vodka, whisky, Martini, peach tea, tonic water and coke.”