The Race to Catalogue Species Before They Disappear

Scientists race to sample undiscovered species before they vanish — even as many sit on museum shelves. 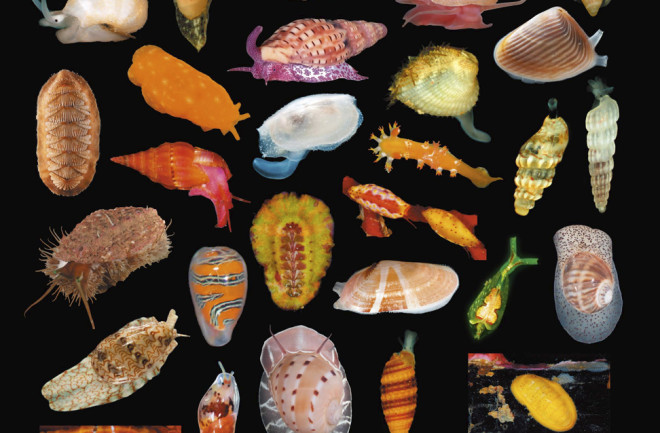 Philippe Bouchet is a modern-day bio-explorer and liaison for undiscovered species.

He leads wildlife-collecting expeditions to far-off corners of the world, bringing along international groups of up to 150-plus. These companions are basically anyone — field researchers, divers and field collectors — who can best aid Bouchet to achieve his primary goal: gathering as many animal (and some plant) specimens as possible.

“The success of a field expedition is not so much to bring a suite of the best experts,” he says. “You may be the best academic on a group of shrimps or shells or worms [but] in the field be completely lost.”

Bouchet is chasing little-known and previously undiscovered species — especially bugs, mollusks and crustaceans. Many explorer-biologists have come before him, rounding up species and delivering their finds to museum collections around the world. From there, the specimens often sit unidentified, sometimes for decades, awaiting study.

Researchers say it will likely take centuries to fully identify the species already in collections. So instead, Bouchet sends the creatures he collects directly to the experts.

Beyond fundamental scientific curiosities, the efforts have practical benefits, such as aiding in pharmaceutical advances. The work is also creating a historical record of Earth’s fleeting biodiversity. Scientists estimate thousands of species are lost annually due to the human-caused “sixth mass extinction.”

Bouchet, a 64-year-old professor at the Muséum national d’Histoire naturelle in Paris, compares the work to cataloging a dying language. “You interview the elders, you make movies, you record their voices, you record their talking stories, you make a dictionary perhaps,” he says, “but the language is going to die.”

Bouchet has gone on dozens of biodiversity expeditions since his first as a student in 1974. Today, his field trips stand out because of the volume of harvested specimens and the streamlined efficiency, from collection to delivery to the appropriate expert.

Appeltans is well aware of the collection backlogs that Bouchet is trying to avoid. In a 2012 study, Appeltans and other experts estimated that between 58,300 and 72,300 unidentified marine species are sitting in collections awaiting analysis — and that’s just sea creatures. A separate 2012 study, co-authored by Bouchet, found that the average new species sits on a shelf for 21 years before it’s described. The study’s most extreme example: A broad-banded temple pit viper from Indonesia at Vienna’s Natural History Museum took 206 years before it was identified.

“To be honest, I don’t think [the backlog] is decreasing in any way,” Appeltans says. Nonetheless, he sees the alternative as much worse. “It makes sense, of course, to try to collect as many specimens that you think are undescribed before they all disappear.”

If Bouchet were in the business of funneling his finds only to museums, their collections would certainly see an influx. On a 2012-13 trip he helped lead to Papua New Guinea, for instance, collectors picked up about 1 million marine specimens and 500,000 terrestrial ones, almost all invertebrates, as well as a few hundred plants.

Other explorer-collectors aren’t as fastidious in their sorting, which is problematic because the experts often don’t have time to do it themselves, Bouchet says. “If you want it to be studied,” he says, “it must be sorted.”

Among those who receive pre-sorted collections of specimens is Phillip Fallon, an independent researcher based on Long Island who specializes in sea snails. Bouchet sent Fallon 4,300 specimens collected during a 2016 expedition to the Caribbean island of Martinique. Through careful study and examination, Fallon was able to pick out 152 distinct species — including 78 new to science.

“It’ll be very interesting if 15, 30 years from now, people can find these very same species,” Fallon says. “It’s a measure of what is there now, and hopefully, they’ll survive.”

Bouchet, a malacologist, or expert in mollusks, has personally described hundreds of new species, but his career is now focused on expeditions. “I like to say that my specialty is to have none,” he explains, adding that his specialty is to be a generalist and to bring people together.

As a longtime seafarer, he recognizes the growing peril — decreasing oxygen and rising water temperatures and acidity — that species face in such environments. Yet he’s most concerned with land and freshwater wildlife because humanity’s impacts there are more immediate.

For example, climate change can’t really disturb lush rainforest ecosystems in Borneo if humans have already clear-cut the island to farm palm oil, he says. Charismatic animals there include orangutans, elephants and sun bears. But Bouchet says he worries more about the small invertebrates because they often go extinct at faster rates and don’t attract funding for recovery programs, protected areas or reintroductions.

Collection and cataloging, then, are often the sole practical means for future study of many species, he says: “Keeping a dead animal in a museum collection is often the only thing — the only cost-effective thing — that you can preserve.”

But the animals Bouchet collects aren’t always easy to identify. Beyond learning their physical characteristics, becoming an expert in a certain type of creature can require deep dives into historical literature, with some texts going back centuries and written in foreign languages. It can also mean exploring museums around the world.

“We don’t always look the same,” Appeltans says. “Not everybody is born with 10 fingers. It can happen that you collect a specimen that just [has] eight fingers. Doesn’t mean it’s a new species.”

Because there isn’t an expert for all types of creatures, Bouchet’s specimens do sometimes end up on the collection shelf. But the fruits of his labors are evident: Over the last decade, he estimates 20 percent of new marine species described worldwide have come from his expeditions.

And he hopes this work finding new species can spur movement toward better conservation.

“It’s a race against extinction,” Bouchet says. “That is absolutely certain.”

This article originally appeared in print as "The Animal Collective."