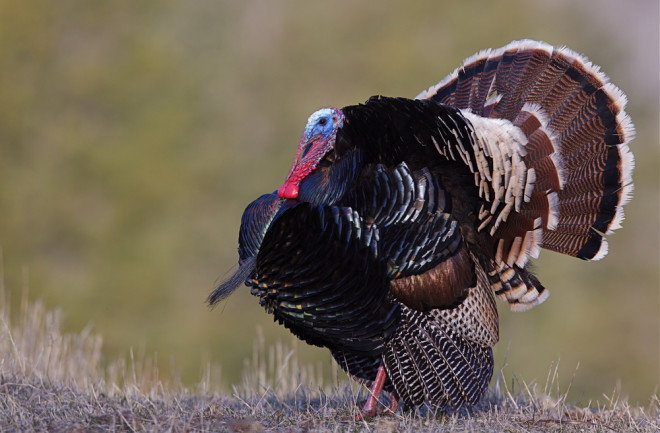 Across America, families are likely squirreling away turkeys into chest freezers for Thanksgiving. But earlier this month, Butterball CEO Jay Jandrain warned of a potential shortage of small birds during the holiday season. This threatens the long tradition of Thanksgiving turkey, which has nebulous origins in early colonial New England. Yet Indigenous people’s relationship with the ubiquitous bird goes back more than two thousand years.

In the desert Southwest, the Ancestral Puebloans held a particularly close connection with turkeys. During what archaeologists call the Basketmaker II period, which spanned around 400 B.C.E. to 100 C.E., domesticated turkeys began to appear in Puebloan settlements. They kept the birds not as a food source, but to make use of the plumage: Shaggy blankets made from thousands of turkey feathers woven through a web of yucca fibres guarded against the bitter cold of winter in the high desert.

“I can visualize the blanket-maker calming a familiar household-raised turkey so it could be held in that person’s lap while some of its mature body feathers were carefully and painlessly removed for use in the blanket,” William Lipe, a Southwestern archaeologist and professor emeritus at Washington State University, says.

After this time, turkeys and the Ancestral Puebloans became inseparable. The relationship was mutualistic — the Puebloans kept the turkeys supplied with a steady diet of maize and, in turn, the turkeys’ feathers kept them warm. “From there you just get this exponential increase in evidence of humans interacting with turkeys,” says Cyler Conrad, an anthropologist at the University of New Mexico.

The Pueblo people used turkey eggs to make paint and turkey bones to fashion tools and whistles. The birds were kept in converted pit houses or pens built into the side of caves. They also roamed free around villages. At the time, the Pueblo people did not seem interested in eating their feathered cohabitants.

This changed in the Pueblo III period, which occurred between 1150 and 1280. Advancements in hunting, agriculture and construction methods allowed the population to swell in size. In the Mesa Verde region of present-day Colorado, Ancestral Puebloans constructed a 150-room palace tucked into a massive sandstone cave on the side of a cliff.

This prosperity came at a cost, according to Lipe. The mule deer that the Puebloans had long relied on as a primary source of protein began to decline in numbers. For the first time, they began to raise turkeys for consumption.

During this era, two distinct subspecies of turkey roamed the desert Southwest. These included the Merriam's turkey, which is the same wild bird you can find throughout the rocky mountains and high desert today. The second was the breed that the Puebloans domesticated. Even so, the two lineages sometimes intermingled, and archaeological evidence has shown that the Pueblo people often raised Merriam’s turkeys alongside the domesticated birds.

Though closely related, the turkey on your Thanksgiving table does not descend from either lineage. When Spanish conquistadors invaded southern Mexico, they were enamored with a locally domesticated turkey breed. They brought the animals back with them, and they became a popular holiday meal throughout Europe. Later, the breed was brought back to the U.S. and raised on farms from coast to coast.

Yet the genetics from the Puebloans’ companions still live on. Because the birds were often kept together with Merriam’s turkeys, it was not uncommon for the two subspecies to interbreed. Traces of the Puebloan turkey’s genetics live on in contemporary wild turkey populations in the Southwest.

In the late 13th century, a thriving Pueblo civilization in the Four Corners region suddenly vacated their lands: A slight shift in the local climate had rendered the maize fields too dry to support the population. The once-resplendent cliff dwellings of Mesa Verde were abandoned.

Though this mass exodus had been theorized by archaeologists since the 1920s, the identity and destination of the migrants was long debated. In 2017, mitochondrial DNA from ancient Puebloan turkeys helped solve the case. Researchers traced the migration of the Pueblo people to their contemporary lands in the Northern Rio Grande by analyzing matching archeological samples of turkey DNA from each site.

After the great migration, the Pueblo people relied less on turkeys for sustenance. Their new territory once again offered plentiful big game to hunt. Still, some traditions lived on. Today, you can hear turkey gobbles in many New Mexican Pueblos.